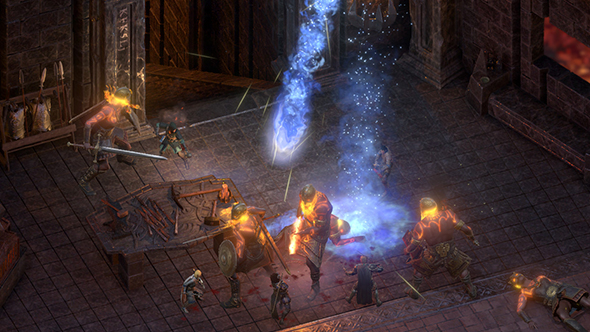 We’re creeping in on the release date for Obsidian’s throwback RPG sequel, Pillars of Eternity 2: Deadfire. That means there have been lots of screenshots, artwork, videos, and other teases for the game, and eagle-eyed fans have noted some hidden details in all the assets. Now the developers have launched a digital scavenger hunt, and suddenly it all makes sense.

Deadfire Archipelago Explorer’s Society Scavenger Hunt is a wordy way of naming a website that lets you input codes for free Pillars 2 DLC. Those codes are hidden in “trailers, screenshots, livestreams, at events, and more,” and will unlock up to 10 items for your enjoyment in the game via the official website.

Here’s one of the more obvious ones, just to get you started.

The Rathun are raiders and pillagers. They sail in ships that no boat builder has ever theorized to be equipped for open water.

If any explorer discovered the Rathun’s island of origin, they have not returned to report it.https://t.co/mLSvMtLEEy pic.twitter.com/eCkvuSEr0M

The internet at large have already found at least 30 codes dating as far back as mid-January, and – while I won’t give away anything else for your hunt – if you need a little help it’s not difficult to find. The items appear to be some bonus consumables and cosmetic items, so you won’t have to worry about them unbalancing the game.

Sadly, the promotion’s only available on Steam, so GOG users are out of luck. Still, it’s a fun way to add a little extra spice to the pre-release marketing cycle. They’ve already used puppets and really, where can you go from there?