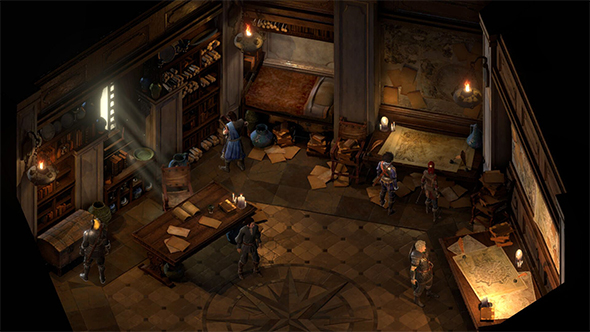 Update, March 13: Pillars of Eternity 2: Deadfire’s release date has been pushed back to May 8.

I can’t wait to jump into Obsidian’s Pillars of Eternity sequel. It’s less than a month away now! I’ve already cleared the schedule, and canceled all my April plans with friends and family in order to fully immerse myself in the upcoming RPG. What’s that? Oh. Oh no.

Want more role-playing goodness? Check out the best RPGs on PC. (Not many people know the G stands for Goodness.)

Pillars of Eternity 2: Deadfire has been delayed just over a month from its April 3 release date, and will now launch on May 8. That’ll be the PC version, with console editions still planned to release later in the year. Obsidian say the delay is so they can “polish and put those finishing touches on the game.”

In a statement, the developers say “Deadfire is a huge game — significantly larger than the original Pillars of Eternity. Obsidian has been working harder than Abydon himself to make every inch of it awesome, as well as incorporating all the great feedback we have been getting from everyone playing the Backer Beta.”

Either way, we’ll be waiting bit longer for the throwback RPG. Tide yourself over by reading up on the game’s programmable AI, pirate ships, or quirky lore.

Original story, January 25:RPG veterans Obsidian have announced launch details for their throwback sequel, Pillars of Eternity II: Deadfire, via the game’sSteam page. That means a bunch of info about various pre-order goodies, but more pertinently it means a release date. You’ll be able to get your hands on the new old school RPG on April 3, across Windows, Mac, and Linux platforms.

Pre-orders will grant players three bonus digital items. There’s St. Drogga’s Skull, which is a totally metal sabre with the flaming skull of martyr perched on the tip. You’ll also get a new pet in the form of white hawk Beakhead, as well as a proper jolly roger for your ship with the Black Flag.

Then there’s the Obsidian Edition, available for $74.99 / £57.99 / €69.99. That nets you everything from the Deluxe Edition, plus the first three planned DLC expansions. If you want to go truly old school, you can get a physical version of the Obsidian Edition, which will give you a proper cloth map, a nifty notepad, and a set of postcards. That physical edition, incidentally, is to be distributed by THQ Nordic, who are certainly diversifying these days.

Folks keen for an early look at Deadfire got it with a beta late last year. For some more gameplay details, check out how the multiclass system works.