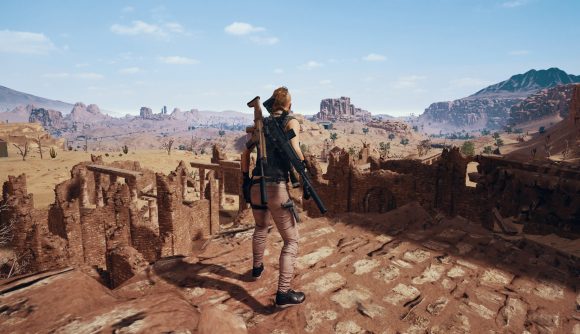 ‘Fix PUBG’ was a three-month campaign undertaken by PUBG Corp to address PlayerUnknown’s Battleground players’ biggest problems with the game. That campaign has now wrapped up, a couple weeks behind schedule, but PUBG Corp’s executive producer says the company is redoubling its efforts to improve Battlegrounds by fixing bugs and clearing out cheaters.

Taeseok Jang wrote a lengthy post to PUBG’s Steam page, detailing his company’s efforts over the three-month Fix PUBG campaign. Overall, he says the effort was a success – but he says PUBG Corp is “disappointed” that there were as many problems to fix as there were. The campaign has given them a chance to reflect on mistakes in priorities, he wrote, and going forward, they’ll be focusing more on the little details rather than big new content releases.

“When designing the 2019 PUBG roadmap, we’ve changed our direction from this last year,” Yang wrote. “Build stability and quality are now our most important value, and upon that base we will build new Battle Royale gameplay and new content.”

The original goal of Fix PUBG was to make it “a better, more stable, and fairer game,” and Yang says those all remain priorities at PUBG Corp.

Yang says this restructuring of priorities will necessarily require a slowdown in the pace at which new builds are pushed out to players, but only at first.

“As these processes become more proficient, we hope to provide new content as fast as before, while maintaining our new stability and quality-first goal,” he said.

There’s still plenty of work ahead, Yang is quick to admit. A major focus for the near future is the company’s goal of a start-to-finish server tick-rate of 30, and issues around character desync that have popped up as an unintended side effect of certain optimization work they’ve done.

And of course, there’s the constant issue of cheaters and third-party hacks, which Yang says is like a “never-ending battle.”