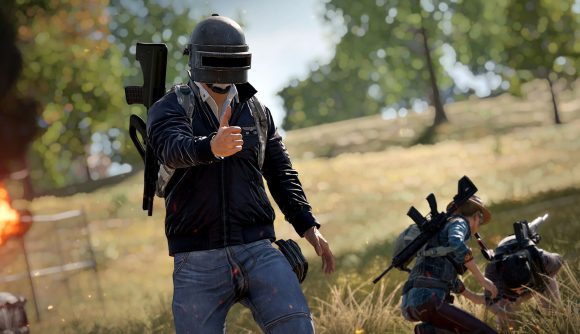 It looks like another game set in the, yes, PUBG universe to set to release “by next year”. That comes from Bloomberg, which spoke to Krafton CEO Kim Chang-han and laid out a plan of what’s to come.

Kim explains that the company plans to release “another PUBG-related PC and console game by next year”. There are also plans to launch a new battle royale title on mobile this year that’s based on PUBG. As Kim explains, he’s determined to expand the company past the battle royale game’s initial success. There are other plans on the horizon for Krafton, too. The company is planning an initial public offering that could be worth as much as $27.2 billion. Bloomberg also reports that an animated production is in the works alongside a web cartoon.

Krafton is a South Korean-based holding company that owns PUBG Corp, Bluehole, and Striking Distance. We got a peep at what the latter is working on when it revealed The Callisto Protocol, a third-person survival horror game from the creator of Dead Space. That one is set for 2022.

We also got a look at another game with PUBG connections at the Game Awards called Thunder Tier One. That one is a top-down tactical shooter that lets players take control of a task force to battle enemy operatives, though we don’t know when it’s set for release.

We’re currently rumbling our way through PUBG Season 10, which features an urban map called Haven and an AI-controlled enemy faction to contest with.

If you’re looking for more multiplayer games to try out in the meantime, you know where to click.