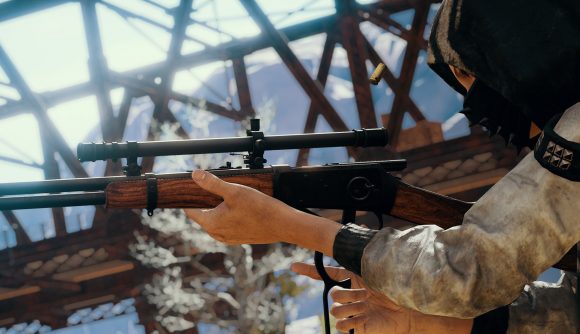 PUBG Season 11 is only days away, but we’ve already got a glimpse of what’s happening beyond that. PUBG’s community coordinator ‘Steve the happy whale’ (great name) had a wee chat with fans on the battle royale‘s Discord server to gauge the mood after the update 11.1 patch notes went live.

The community coordinator confirms to one fan that Karakin is set to return to the map pool at a later date and that the PUBG team will be rotating maps in and out from the upcoming season onwards. As for a potential rework of the game’s Miramar map, he says that one is coming, though the devs can’t say when right now. He also says that the development team has been forwarded feedback on matchmaking and “drive-by” mechanics, though any action on those points may take a while to surface.

“It would not make much sense to make one change that would satisfy 2,000 players, [but] piss off two million players,” he explains. “This is why suggestions can sometimes take time to reflect in game. It is not as simple as you may think it is, regardless of how trivial a change it is, unfortunately.”

If you’ve been out of the loop, PUBG patch 9.2 introduced the ability to fire your weapon while riding vehicles. Some players even figured out how to do it solo to take advantage of it if they didn’t have someone driving the car for them.

PUBG Season 11 kicks off on March 31 for PC before coming to consoles on April 8. Alongside the return of the Paramo map, we’ve got tweaks and a new Fulton balloon we can ride back into safety if things get dicey. If you fancy reading the PUBG Season 11 patch notes in full, you can find them here. If you’re looking for the best PUBG weapons to use when the new season kicks off, you know where to click.