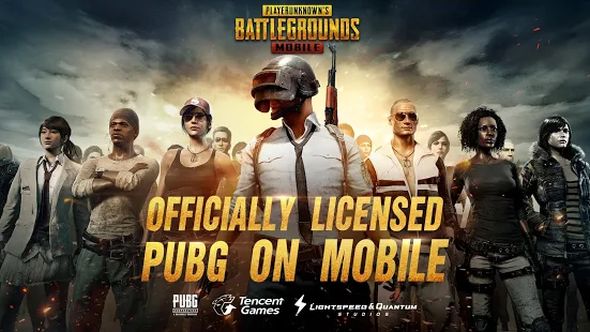 Update, March 19: Depending on your region, PUBG mobile is now available.

If you can’t wait to play PUBG on the go you’re in luck, depending on where you live. PlayerUnknown’s Battlegrounds Mobile is available now in “many regions around the world” after a limited release in Canada, both on iOS and Android.

Get your Chicken Dinner on the go with our PUBG tips and tricks.

The release appears to be quickly rolling out across regions, but it’s not a worldwide launch just yet, as “more regions will be added at a later date.” We’ve been able to access the game in the US on both both the App Store and Google Play, and in the UK on Apple’s store. The safest bet to find out for sure if the game’s out in your region is to check the iOS or Android store yourself.

This free-to-play version of the battle royale is a joint product from PUBG Corp and Tencent, and the quick turnaround from test to launch is due to “large amounts of positive feedback” on the beta.

“We are working hard to create an authentic PUBG mobile experience that players new and old will love,” says Tencent corporate VP Chen Jerry. “A lot of went into controls and optimization to give players a smooth and intuitive experience.”

It’s a pretty quick turnaround for the app, but with Fortnite Mobile suddenly topping the charts the race is on for one of these portable versions to take home that sweet victory royale – or chicken dinner, as the case may be.

Original story, March 15: PlayerUnknown’s Battlegrounds Mobile seems to be coming to the West. The mobile version of the battle royale, created alongside Chinese tech giant Tencent, is currently available on the Canadian PlayStore.

Footage of the mobile version was first released back in February, along with the news that there had been more than 75 million pre-registrations across two forms of the game. Whether or not it would come to the West was not clear, however, as Tencent had made no comment on a wider release.

While there is still no official comment, it would seem a soft launch of the game has begun in the West. The Canada Google PlayStore currently has a listing for PUBG Mobile. The game is billed as the “officially licensed PUBG on mobile,” and is said to “perfectly recreate the PC version.” that’s a bold, but reasonable, claim – footage from the Chinese pre-release, which you can see below, is an impressive recreation.

It seems as though the game is currently only accessible in Canada, and only via Google. Whether an iOS release is scheduled is not yet known, and there’s no timeline for a wider Android release at this point. It is of course possible to change your phone region in order to get access, but that seems like a significant inconvenience. Epic Games are currently gearing up to release Fortnite mobile in the coming weeks, with invites scheduled to roll out soon.