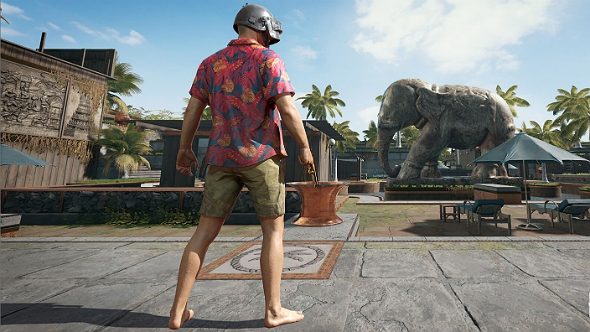 Sanhok is the latest addition to the PUBG map family and it is now available for you to scramble and shoot across on PC – arriving as it did on June 22. The vaguely Vietnam-themed island is more than just a colour-swap too, as it squeezes the 100-player showdown into a 4x4km grid – that’s half the size of the other PUBG maps you would have played.

Beyond that, Sanhok brings a wealth of tweaks and changes to the battle royale formula that we’ve all got so familiar with, presenting new tactical opportunities for you to deliver hot, distilled death to your rivals, and for them to do so in kind (but, hopefully, we’ll help you avoid that, too).

PUBG popularised the genre but there’s a lot of competition for best battle royale game these days.

To make sure you’re at the right end of the barrel come confrontation time, we’ve jotted down some tips to help you survive the carnage that is coming for you in Sanhok – yep, we’ll tell you everything you need to know about the new map in the latest PUBG update. 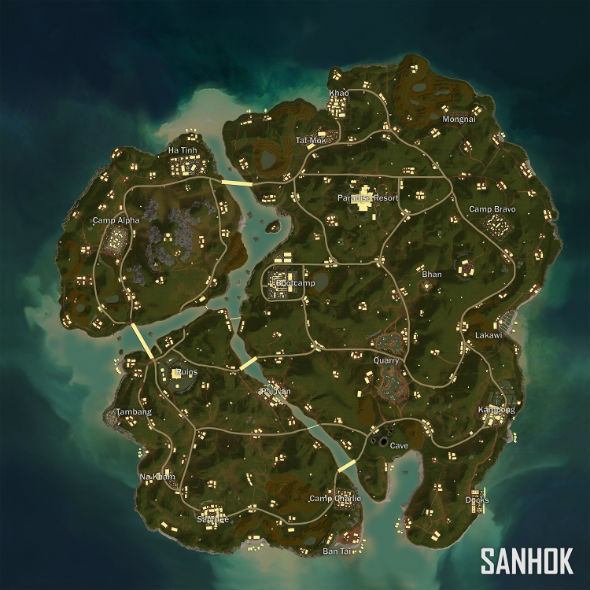 The launch of Sanhok was timed with PUBG update 15, which delivers tons of changes – from performance to UI improvements – that will affect the game no matter what map you play on.

There are also quite a few rules that have been tweaked just for Sanhok, which have a big impact on how you play (in short, everything is more frantic). Here are the most important Sanhok-specific map rules to look out for:

Oh, and everyone can now throw apples at each other in the match lobby. Good for practicing those grenade throws, maybe? 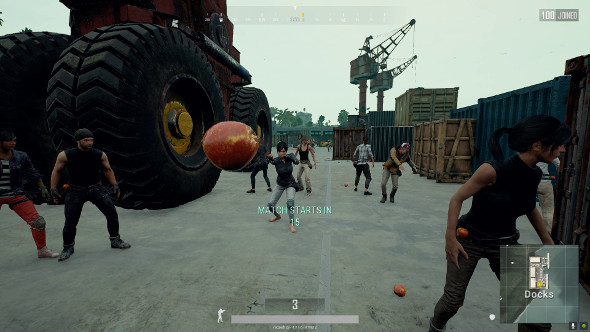 Sanhok may be half the size of your regular PUBG battleground, but the amount of loot on the map hasn’t been scaled down all that much. In other words, Sanhok is a veritable cornucopia of weapons, grips, scopes, and not-Red-Bull cans.

Just about any unnamed cluster of buildings you drop into is likely to yield an assault rifle, relevant attachments, and a basic defensive get-up. Those awkward scenarios where you’re down to the last ten players with nothing but a shotgun, a bullet vest, and some high-top trainers are virtually non-existent here – even if you don’t head into the risky, heavily populated areas. Still, if you do get into such a situation, make sure to check out our PUBG guide.

With that said, if you’re looking to get the reallygood stuff, your best bets are the Ruins, Paradise Resort, and Cave areas. These have more instances of rare loot, but expect the number of players heading over there to reflect that. 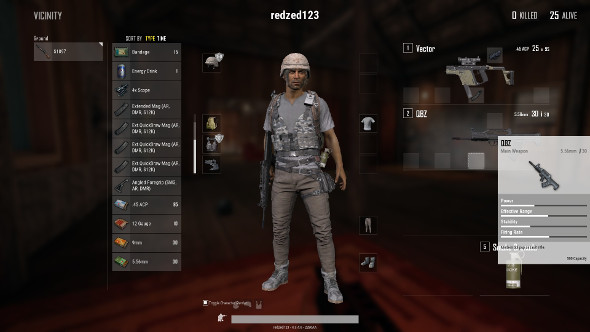 Sanhok also introduces a new entry to the PUBG weapons: the Chinese QBZ95 assault rifle. It’s fairly common, spawning 1.4x more frequently than the SCAR rifle (the weapon that it replaces on this map). Loot spawns are plentiful on Sanhok anyway so it’s not worth going to the bigger areas just to search for this gun. You’re bound to come across it sooner rather than later. 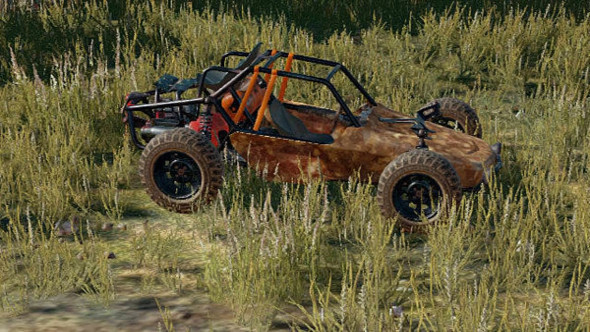 In the 8x8km maps, having your own vehicle in the early stages is a sure step towards victory, affording you more time to loot every hamlet you could find before calmly outracing the blue zone barrier. As the zone would get smaller and smaller however, vehicles would become increasingly risky as their obnoxious engine noise would give away your position in the ever-tightening play area.

Vehicles are a risk from the get-go in Sanhok as its play area is small to start with. The terrain is more rugged, the concentration of buildings and cover for players to shoot you from is high, and as the blue zone closes in, it won’t be long before everyoneon the map will hear you wheeling around. Besides, the blue zone boundary travels more slowly, so getting around on foot isn’t nearly as daunting.

In other words, vehicles are best saved for emergencies. 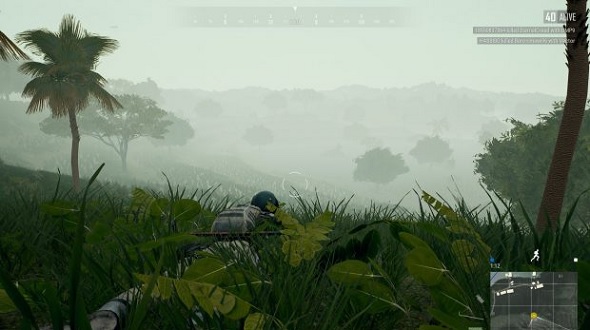 Not unlike the annual ‘Will we actually have a summer or won’t we’ debate in the UK, weather’s been something of a hot topic in PUBG, with rain and fog dropping into the game’s beta in 2017 then back out due to mixed player reception. Well, rain and fog have made a defiant comeback in Sanhok, bringing with them some tactical nuances you should be aware of.

The most noteworthy effect of rain is that it’s noisy, and is capable of drowning out (bah-dum-tish) the sound of your footsteps. You could use this to your advantage and charge into a house or run for the next building when it starts to pour, but everyone else will be looking to do this. Instead, when it starts to rain, try holding off on any drastic movements and wait to see if the rain baits other players into making bold sprints that bring them into your iron sights. Once you’re sure the coast is clear then you can make your move.

Fog comes with the obvious advantage of providing cover across longer distances, letting you make that audacious sprint to the next village you’ve been dithering over for the past minute. Again, others will likely have the same idea, so always look over your shoulder for fellow fog-sprinters. If you’re on the peripheries of the play zone, you could delay your run through the fog to increase the likelihood that other players will go ahead of you, which will give you the advantage of running behind them rather than in front of them.

Most of your Sanhok experiences will be full-blooded affairs during which you won’t have much breathing room between encounters with other players. The good news is that there’s a higher density of rocks and trees on Sanhok, which means you’re never toofar from cover. Mile-long sprints across coverless No Man’s Land are pretty much a non-issue. 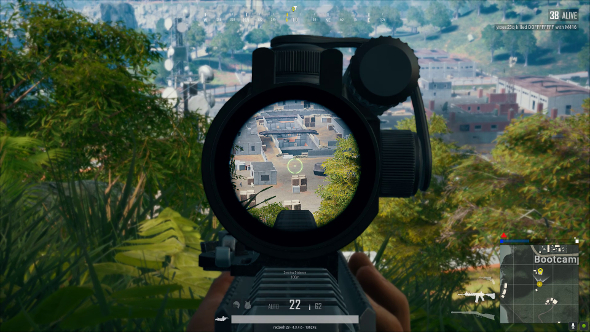 More so than on other maps, most named locations in Sanhok are closely surrounded by several smaller clusters of buildings overlooking them. So if you’re a more tentative player, you can cling to these satellite villages and try to pick off people running around in the larger bases. As we said earlier, finding good loot is much less of an issue in Sanhok, and even in these outlying villages you’re likely to find good long-range weaponry.