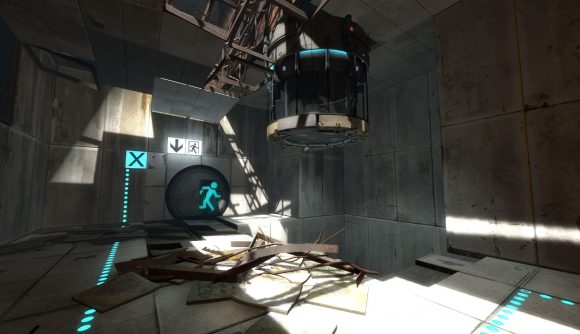 Eight years after its release, Portal 2 is still getting some love from Valve. A new update for the 2011 platform-puzzler has just been posted, fixing, improving, and adding a bunch of different features – including an easier way to play with your pals.

The update on the Portal 2 Steam site primarily tweaks controller support, with things like “improved camera control through Steam Input” and a fix for bugs where Steam Input could have incorrect actions set. The update, however, also adds some new local co-op support, making it easier to have one player jump in with a controller and another with mouse and keyboard.

It was possible to do this before the update, but getting the setup, uh, set up, required a little creativity. This local support also extends to Portal 2’s community co-op map queue, though Valve says that Quickplay still isn’t supported. With Steam Remote Play now live for everyone, the future of Portal 2 co-op play has never looked brighter.

In addition to these tweaks, the update also fixes “an issue where in-game audio caption language would use the system language setting instead of the Steam language setting,” as well as some issues where glyphs and settings screen options could be impacted by having a controller plugged in but not active.

While it seems Portal 2 does receive updates intermittently, this is a particularly meaty one, adding a nice new chunk of functionality for friends to play the game together. Portal 2 isn’t the only older game to get some attention – a few months back, Valve also patched the original Half-Life, with changes that could make some changes to speedruns of the game.