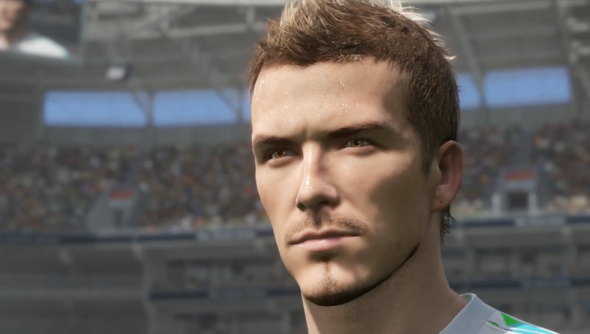 Konami have signed football legend David Beckham as a PES Legend Ambassador for the latest iteration of their footie franchise, PES 2018.

Wondering what else is on the horizon? Here’s our list of upcoming PC games.

This means Golden Balls himself will be available as a PES 2018 Legend, and, according to Eurogamer, several “versions” of Beckham from five specific points in his long career will be available via myClub, from his English club and international days, to his time at Real Madrid, AC Milan, and LA Galaxy.

“It’s a great honour to join the roster of legends that work with Konami as PES Ambassadors,” Beckham says. “I look forward to seeing my career represented in this fantastic game, and working with such a talented team of people who obviously love football as much as I do.”

For a peek at Beckham in action, plus some lovely computer-generated sweat, check out the trailer above.

PES 2018 is out on September 14, 2017. It took three years to make, and Konami say that means there will be some big changes with hopes of a quality PC port this time around. Konami also recently announced an “exclusive” PES 2017 partnership with Fulham FC.