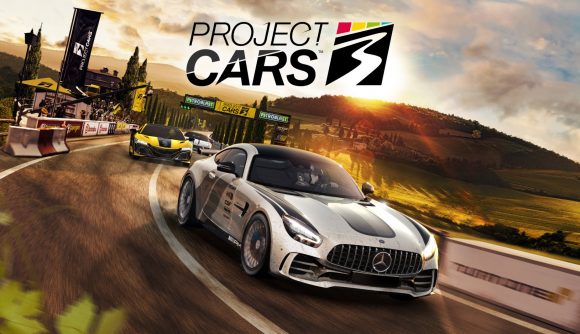 Project Cars 3‘s release date has finally been confirmed. The racing title will launch for PC, PlayStation 4, and Xbox One on August 28, 2020.

The game had previously been announced for “this summer“, but this is the first time we’ve had any more precise an idea than that. Publisher Bandai Namco promises “the biggest car roster in the franchise’s history”, as well as new tracks, and a “fully-fledged” career mode. Additionally, you’ll be able to upgrade and customise your car with a deeper set of options, and there will be an enhanced suite of assists to help those new to the series or to racing games in general – or those who merely fancy an easier ride in life.

The series has traditionally eschewed many of the arcade mechanics of its competitors, instead edging more toward the simulation end of the spectrum. That looks as if it will continue with Project Cars 3 – which will also launch with a VR mode, if that’s your bag.

The last game in the series launched in 2017 to a positive critical reception. In our 9/10 Project Cars 2 review, reviewer John Robertson wrote: “Project CARS 2 is not a racer in which you ever feel compelled to simply go through the motions. It’s a game that centres you firmly as an active participant. It’s a game that makes you want to be a racer, and that might just be the best compliment that can be bestowed upon a representative of this genre. You just need to make sure you’ve got the patience required to work out exactly how best to begin consuming what it has to offer.”

If you’re looking to dust off that steering wheel and hit the track, check out our list of the best racing games for 2020.