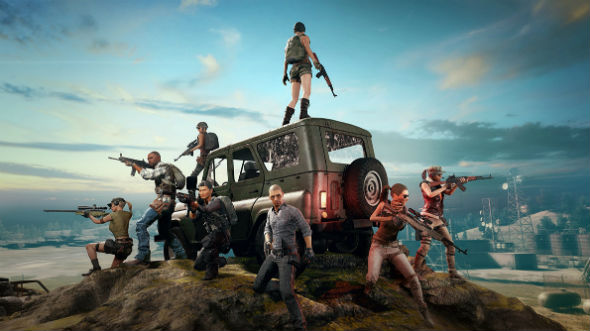 June 13, 2019 PUBG Mobile is becoming quite the sleeper hit.

While the vast majority of our collective battle royale attention is focused on Fortnite, it would seem that PUBG is quietly blowing Epic’s offering out of the water – on mobile at least. The pocket-sized version of Tencent’s offering now boasts more than 400 million players.

The new figures come via The Esports Observer, which claims that not only is PUBG Mobile closing in on half a billion downloads, but many of those players are sticking around, as the game boasts more than 50 million daily active users.

Back in December, reports stated that 200 million people had downloaded the mobile version of the game. Assuming these new figures are accurate, that means that PUBG Mobile’s player count has doubled in about six months. It’s worth noting that these numbers don’t even include Chinese audiences – the game was pulled from sale in the country recently and replaced with a more patriotic alternative after Tencent was unable to gain full publishing approval from the Chinese government.

To put these numbers in some perspective, the most recent figures on the Fortnite player count top out around 250 million players. That would make PUBG Mobile more than twice as successful as Epic’s phenomenon, and the third biggest country in the world in terms of population, after India and China.

In a Reddit thread about the figures last year, an Indian player offered some context around the game’s popularity. While Fortnite requires high-end Apple or Android phones to run, PUBG Mobile will run on cheaper handsets, and is also free-to-play. Those factors, combined with a huge smartphone-owning population and increased internet penetration over the past few years, helped boost the title’s popularity in India.

Read more: Snow could be coming to Fortnite’s entire map.

In China, consoles were banned entirely until 2015, which has helped make mobile gaming particularly popular in the country. PUBG Mobile arrived before Fortnite, which may have contributed to its popularity there. Chalk this one up as a victory for PUBG in the ongoing Fortnite vs. PUBG battle.