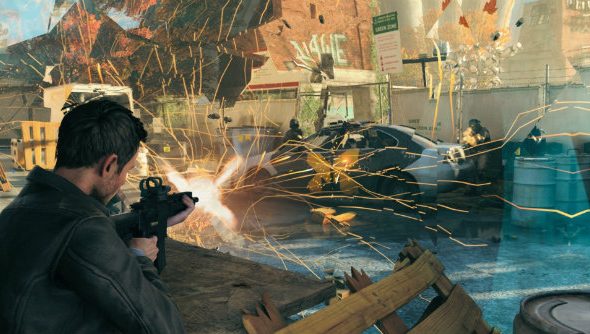 Quantum Break will be the next game to take advantage of the recent improvements to the Universal Windows Platform, which allows games to support unlocked frame rates as well as G-sync and FreeSync.

I wonder how many of the titles in our upcoming PC games list will end up on the Windows Store.

Gears of War: Ultimate Edition was the first game to take advantage of these new features and now Quantum Break will follow suit.

Quantum Break’s update, which will add G-sync and FreeSync support, is expected to land within a fortnight, as revealed by Remedy head of PR Thomas Puha.

The previous Quantum Break patch was released a couple of weeks back. The update included a fix for the frame pacing issues as well as the ability to turn off film grain and more.