Rage 2 Nanotrites are powers that turn you into a murderous machine worthy of the game’s name. Once you’ve injected yourself with them, BioShock-style, you’ll be able to double jump into the air and slam into enemies fist first, thump them with earth-shattering force, and raise an ethereal barrier to protect yourself from a hail of Authority bullets. But how do you unlock them and which should you upgrade first? We’ll be exploring all that and more in this Rage 2 abilities guide.

To unlock new Rage 2 Nanotrites, you need to head towards the various Arks dotted across the asteroid-ridden planet you call home. Some will award you with weapons instead, but you can also gather intel that tells you the specific ark for a given ability. Once you’ve cleared the area of foes around each of these special pods, you’ll get a tutorial to teach you how your new Rage 2 power works. For example, the Earthscar Ark shows you the ropes of ‘Slam’, both in your normal and souped-up ‘Overdrive’ state.

As with pretty much everything in Rage 2 – as well as your items, vehicles, and projects – Nanotrites are upgradeable. Each of your 11 powers has multiple levels which can be progressed through with the material, Feltrite. Within that you have further upgrades – such as increased range and decreased cooldown for Slam – which can be unlocked with Nanotrite Boosters. So there’s plenty to get your head around, so let’s get started with breaking down all the Nanotrite powers you can make use of to take it to the malevolent Authority.

Leap towards a target and blast them back with Shatter. Think the Force Push from Star Wars but with armour breaking and gore-spluttering results.

This is a double jump in all but name. Combine with Slam to maximise damage and feelings of awesomeness. 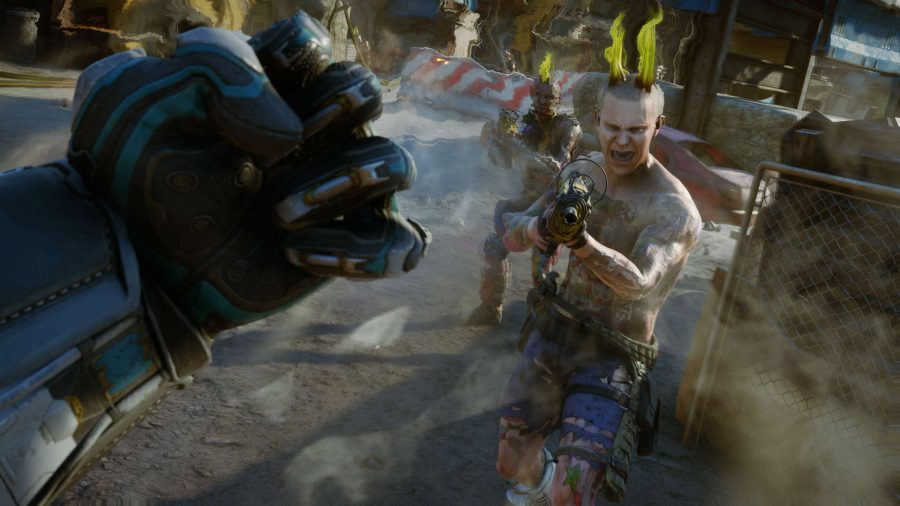 This Rage 2 power returns from the original to save you from death. If a fight gets too much and saps your health completely, you’ll be presented with a quick-time event to get yourself back in the action.

Finding yourself short of cover? Raise your own bullet-bothering protection with Barrier. Best used when the up-close-and-personal approach isn’t the most effective.

We don’t know the specifics of this Rage 2 ability yet, but we’re assuming this will inject a burst of pace into Walker to help you weave in and out of enemy lines to let off some quick shots or dodge a boss’ attacks. 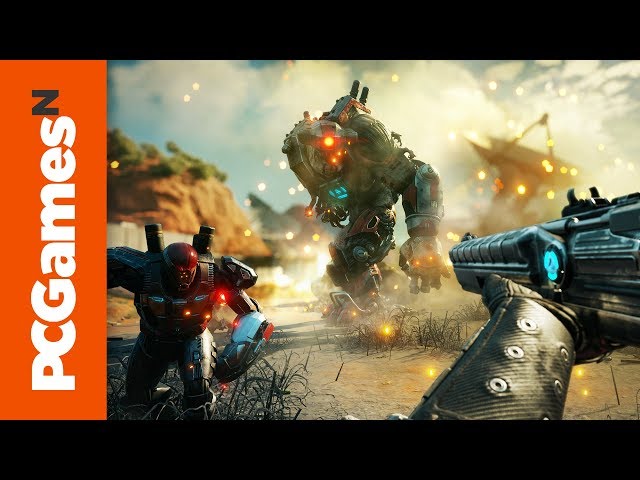 This grenade skill sucks enemies together on impact and sends them flying in all directions. If this brings to mind the singularity grenade mod from Borderlands, you’re not far wrong.

From the sounds of it, this “automatic cellular regeneration” ability is a passive one that can make the difference if you’re making a beeline for the front line. Healing and protecting you makes Constitution a handy little power, and it can be upgraded to make Walker even tougher.

Rage 2 isn’t really about the sneaky approach, yet Focus highlights enemies to let you plan which poor sod you’ll be annihilating into mush first. Upgrades widen the range of this Rage 2 power, and it’s handy for hoovering up the precious items like Feltrite. 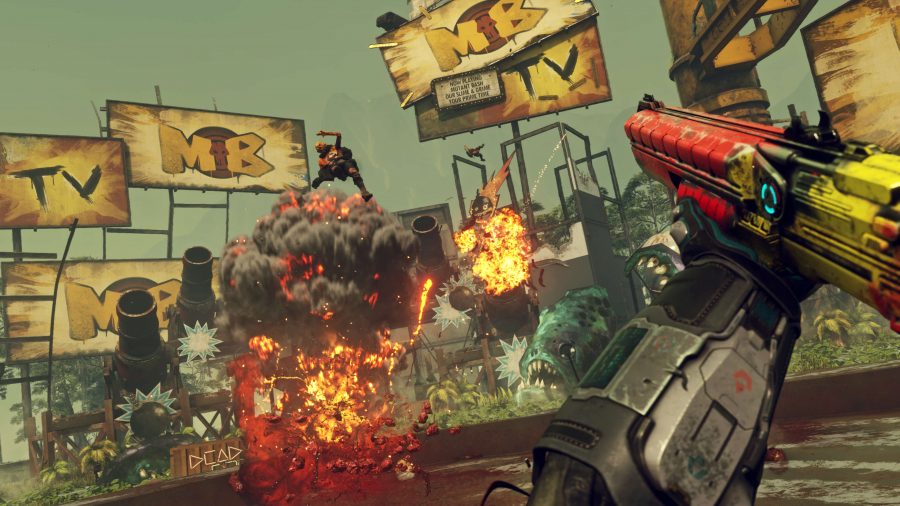 Overdrive is what Rage 2 is all about. This plunges your environment in a passionately angry pink as your health is restored and your damage dramatically increased. This ability is charged through kills, but it readies quicker the higher your murderous multiplier.

The ultimate cathartic move Slam well, slams, your fist into the ground and creates an almighty shock wave that sends those in your wake flying in all directions. Upgrades increases your slammage – not an official in-game term, we should add – too.

Turn indiscriminate killing into a blood-soaked ballet with Dash. We don’t know the upgrades for this Rage 2 skill yet, but we’ve certainly seen this dodge move in action, and it’ll come in very handy when it comes to evading boss attacks.

Dragon Rage: These are the best FPS games on PC

So that’s all the Rage 2 powers you’ll be wielding when the game lands very soon. There’s more for us to learn before the Rage 2 release date comes around and we can get behind Walker’s vengeful iron sights, but it looks like the four main Nanotrites – Vortex, Slam, Shatter, and Barrier – are the moves into which you should be plugging your Feltrite once you’ve unlocked them. But, whichever upgrade route you choose, a chaotic, viscera-soaked hellfire of an experience is guaranteed.