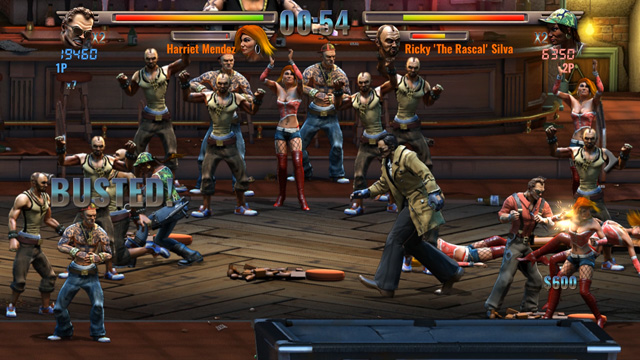 The 1990s were a confusing time. There was Friends, grunge music, and extremely long Kevin Costner films. Team17 has teamed up with some former Rare developers to resurrect another ‘90s trend: the arcade beat-’em-up.

Looking for a hit of nostalgia? Try our list of the best old games on PC.

Raging Justice features the classic brawler formula of co-op face-punching in a distinctively ‘90s pre-rendered art style. Teaming up as ex-cop Rick Justice and “military combatant” Nikki Rage, it’s a game about plowing through as many foes as possible with whatever weapons are on hand, including baseball bats, barstools, and riding lawn mowers.

It’ll be out on PC, Switch, PlayStation 4, and Xbox One later this year.