For many people, it’s the shoutcasters rather than the players that get them hooked on esports. Commentators who can break down the intricacies of every play, relay the excitement of each round, and tell a compelling story in the space of three minutes.

Rainbow Six Siege and its esports scene have undergone huge changes since the game released in December 2015, with enormous growth in both the game’s playerbase and esports viewership. To give you an example of just how big both scenes are now, this year’s Six Invitational was watched for a combined six million hours, and the game changes announced during its Year 4 and Burnt Horizon panels will affect nearly 45 million players.

Michael ‘KiXSTAr’ Stockley is among the best-known faces of Rainbow Six Siege’s esports scene. After starting out as a player and moving on to casting, KiX has become a key part of the competitive community and for many the voice of Pro League, alongside fellow caster Parker ‘Interro’ Mackay.

We spoke with ‘KiXSTAr’ at the Six Invitational 2019 to discuss his journey through Siege, the difficulties some Pro League regions face, and the impossible task of balancing the game for casuals and pro players simultaneously.

PCGN: Can you describe your journey through Siege?

KiXSTAr: I got into the game because I play a lot of FPS and there was a new one, so I was like, ‘Hell yeah I want to play that’. I was shocked at how well the gameplay resonated with me. Way back at the start I decided I wanted to play in a team because I felt like I could do it and I could compete. I kept jumping from team to team until eventually I found Lost in Translation, which turned into Orbit gg, which turned into Orgless, and finally into Rogue. I wasn’t there for the Rogue days, but I played with them for three seasons and then left – I just didn’t want to play with that team anymore – and decided to take a season off and find another team.

Then I got offered the job to cast, and I figured ‘Why not? It’s just one season then I’ll go straight back to playing afterwards’. And then they kept offering me the job, and I quite liked casting and it was fun, so I kept doing it and that’s it. 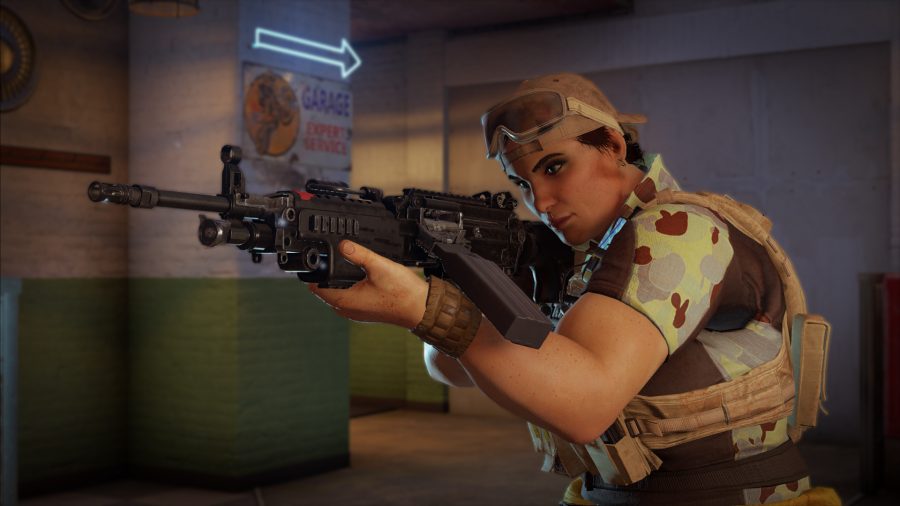 Does the increased popularity of Siege esports put any additional pressure on you?

No. I don’t think so, and I think to me it’s still just Siege. This is my game. I love my game – like everybody else I have problems with my game, but it’s natural to me at this point. I’m not trying to be that guy, but I don’t think it’s very intimidating to be totally honest. If I sit down and there’s Siege in front of me, you could ask me to do anything, you could ask me to cast shirtless, I would be fine with it.

This has been the first Pro League without the latest operators in it, how do you think that’s gone?

Absolutely fantastic decision. Personally, I’m of the opinion that we need fewer operators in the game, I’m a proponent of slowing things down. It’s not going to kill me if they keep making operators…

Right? They’re gonna! The content stream will not stop and it makes sense. But it’s been this constant power creep, and I think pausing that for half a season is really good for the players, because it allows them to adjust to it so they can perform better for the rest of the season. 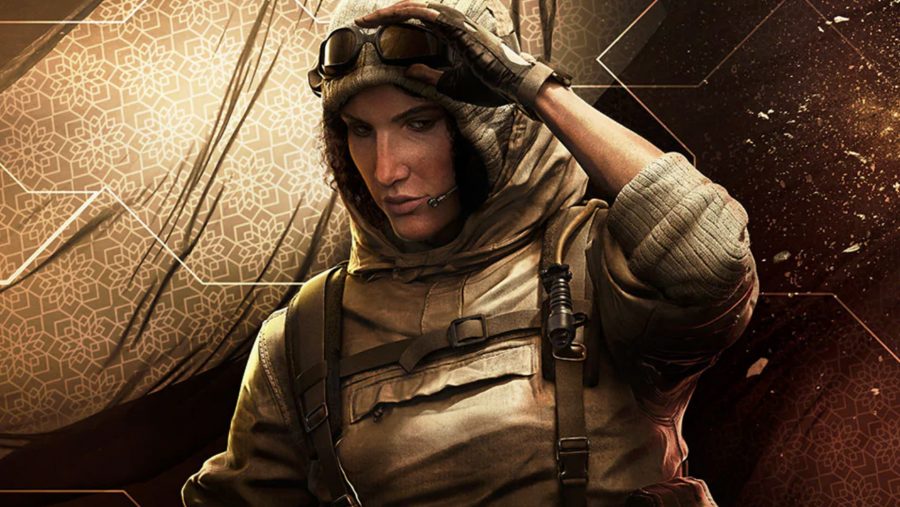 We don’t see much Kaid and Nomad in casual or ranked. Do you think that’s because they’re not in Pro League and perhaps players aren’t learning how to get the best out of them?

Maybe. Both Nomad and Kaid are going to be exceptionally powerful in Pro League, I can tell you that already. I’ve talked to a lot of pro players about it and they’ve all been practising with them. They’re going to be powerhouses in Pro League. So maybe we won’t see that trickle down effect from pro play, to ranked, to casual for a while longer, but does that really matter in the end? They will get played and people will start learning from that eventually.

Right now, not as many people are playing Nomad as should be, and the reason is more to do with the fact that she doesn’t have a very good gun. Both of her guns are very ‘meh’. Same with Kaid, he’s got a DMR and a dinky SMG and not everyone is into that loadout. But both operators are very powerful and they’re going to impact the meta quite significantly. In my opinion it’s going to be a slower effect, like when Zofia and Capitao were released – you’ll see they’re useful, but they’re not going to punch you in the face immediately.

Do you feel the same about the slow down in new maps? How do you think the reworks like Hereford Base have gone?

Hereford is a bad map right now. I thought it just needed some slight improvements at first, but it’s now a flat-out bad map. I’m not afraid to say it. To give you an example, the top floor is one of the easiest sites to defend of any map because there are so few access points. How do you get control of that east balcony? How do you get control of the south balcony? The answer is you don’t. The defenders can easily deny access to those positions, and then if you do capture those positions you’ve probably lost the manpower and time at that point. The rest of the map is ok, but there still needs to be some minor tweaking on the rest of it to make it competitively viable.

I’d say the experience is similar in ranked…

This is something that’s really confusing to me about the way that Siege is developed, because we have such a large casual base, and it’s the largest base in Siege by far. But it’s a game that caters to esports, and not exclusively because the development team has been pushing it in that direction, but also naturally because it’s an esports title. It falls into that category without Ubisoft trying to push it in that direction.

So, when you have a map like Hereford, which is unarguably a bad competitive map, like you say, it has largely the same effect in the casual experience. That’s not always true and I don’t want to generalise that, but it makes you wonder what would happen if we had a similar playerbase to other large esports FPS titles where everyone – from casual and ranked all the way up to competitive – is focused on being better at the competitive side of Siege.

Read more: What to expect from Rainbow Six Burnt Horizon

I watch videos of people who are not very good at the game, who are playing for the immersive, cinematic experience. I understand the appeal and I get that we shouldn’t ruin that, but there’s a thought process there – an argument to be made – for leaning into the esports side of Siege more.

The Road to Six Invitational playlist received some criticism from pros, but do you think it’s ultimately a good thing?

Ultimately, it’s a good thing. The people who are criticising it, for the most part, are saying that it didn’t go far enough: it wasn’t the six rounds on attack, six on defence; it had odd hold-ins like the seven-second plant and disable; it didn’t have the proper map rotation; and it was casual. The biggest thing that ticked people off was that nobody cared about playing casual.

Would you say it’s the most competitive tournament yet?

Overall? Yeah. The most competitive match ever was at last year’s final and I think it was the entry point for a lot of people. Every single Siege event we have gets more competitive. Some of the Season Finals, meh, some of the Dreamhacks, meh, but not everybody turns up at full power to those events. But this one? Heck yeah. Dude, people are fighting for a lot more than just pride here – if you win you get 20% of two million dollars, which will make you the single highest-earning team in Siege esports history.

People are fighting for a lot right now, and I’ve seen the devastation it brings on people when they lose. I have talked to a lot of the teams who have lost and it hurts right now, more than anything. 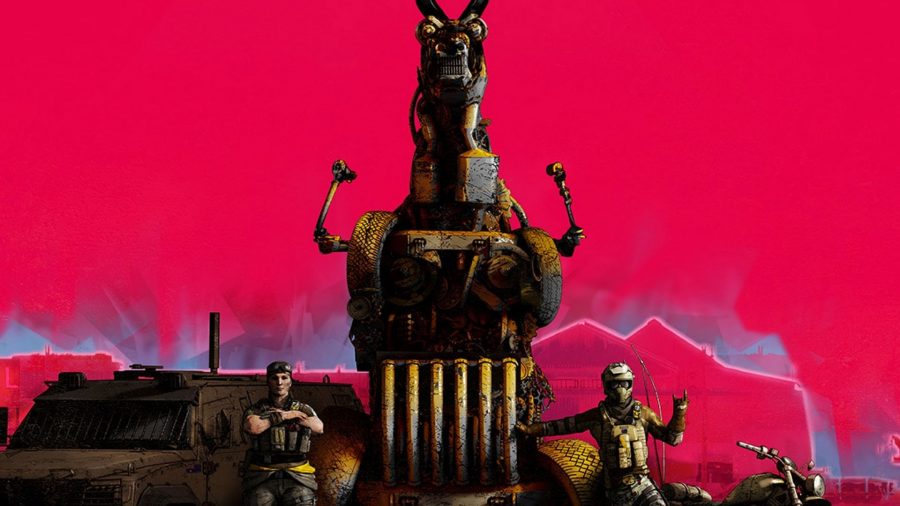 And what about the rise of APAC, is that a factor as well?

Oh yeah. Here’s the thing with APAC though, the complication is that they can’t scrim with anyone and are restricted to not just their region, but also their sub-region, whether that’s Japan, Korea, or Australia. So if an Australian team wants to scrim with a Japanese team then they’re going to have 180 ping. Nobody wants that.

Related: Why Rainbow Six Siege Year 4 “is going to be insane”

In Latin America they have their own region with tons of teams and they can scrim internally. North America and Europe can even scrim each other at 100 ping max. More than that, they also have their own big regions to scrim in internally. Australia only has a few teams, Japan only has a few teams – there are definitely teams within those regions, but the level of competition is not as high.

Nora-Rengo, Mantis, Fnatic: these teams that go to LAN events like the Six Invitational 2019 get exposure to other metas, and they can absorb that. A two-week bootcamp for an APAC team in Europe or North America is so valuable, ridiculously so. They can’t use the time that’s available to them to scrim as hard as other teams will and that’s what’s limiting APAC right now.