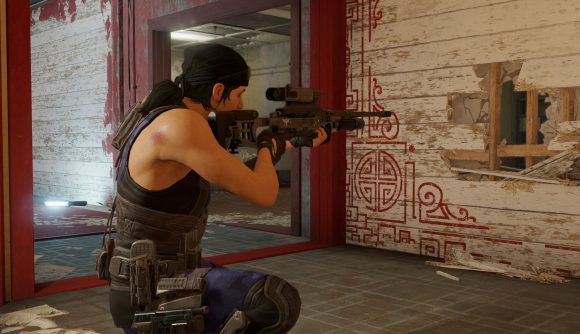 Rainbow Six Siege is getting limb penetration as part of Operation Shifting Tides, and today the developers have published an extensive breakdown of how the system works and exactly how much damage each bullet you fire will do. The new system is already live on the test server, and you can check out the Rainbow Six Siege Shifting Tides patch notes for more details on what to expect.

Guns are now divided into three categories. Shotguns (with a couple of exceptions) and machine pistols have no penetration. Assault rifles, SMGs, LMGs, pistols, and revolvers have simple penetration. DMRs, snipers, the BOSG 12.2, and the TCG12 all have full penetration.

For guns with no penetration, the bullet will simply hit a body part and stop, the same as it’s always been. Simple penetration can pierce one body part to reach another – like shooting through a hand that’s covering someone’s face. Damage is calculated by whatever part has the highest modifier. Bullets will also stop when they hit a chest, neck, or head, so you can’t shoot through a torso to make a headshot.

With full penetration weapons, bullets can pass through and deal damage to one operator, then hit another person standing behind them. The second person will take 70% of the damage. In terms of individual limb penetration, it otherwise works the same as simple damage. 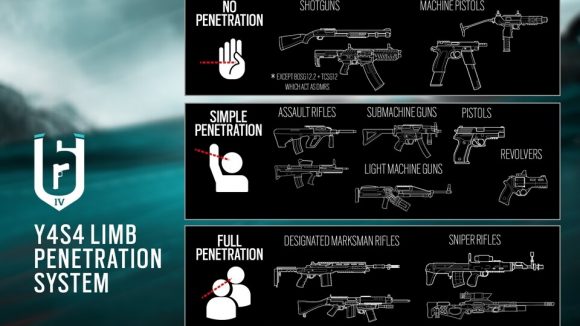 You can get full details in the dev blog. Siege’s new bullet penetration system is thanks to Kali, and ahead of the Rainbow Six Siege Shifting Tides release date, you can follow that link for plenty more details on what to expect from the new season.