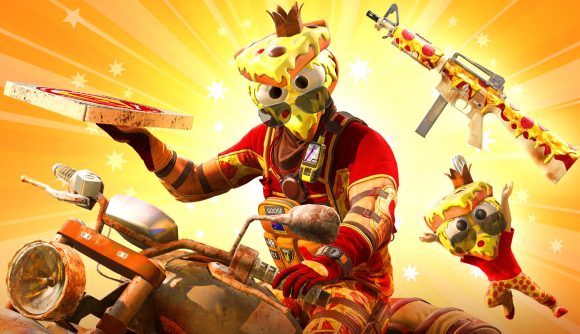 Remember January? Yes, the first month of 2020 now feels like it occurred a decade ago, but it was then that Ubisoft unleashed a horror on the unsuspecting world: pizza Mozzie. Yeah, sure, a cheesy mascot outfit for one of the Rainbow Six Siege operators doesn’t seem so bad in hindsight, but it’s really just, like, so much. It’s also live today via Twitch Prime.

We’ve got a guide on how to get those Rainbow Six Siege Twitch Prime skins if you need help, and the process is naturally the same for today’s new Mozzie skin. As always, if you haven’t done the Twitch Prime deal before, you can use an existing Amazon Prime subscription to take advantage of the promotion, or sign up for a free trial and reap the rewards.

Pizza Mozzie – or Mozzie-rella, as many of us have taken to calling it – has proven a controversial addition to Rainbow Six Siege, even before it actually became part of the game, and a number of fans are concerned that Siege is aping the cartoony aesthetic of Fortnite.

The developers are taking a pragmatic look at the criticism, though.

It's just a Mozzie skin, Gerald.

There are loads more FPS games out there to suit every taste.