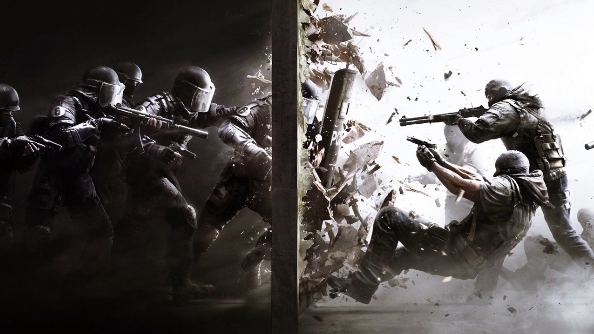 Rainbow Six Siege will be rolling out its new system for handling toxicity next week, which could result in permanent bans for the game’s most egregious players.

Learn to work together peacefully with something from our list of the best co-op games on PC.

Craig Robinson, a community developer for Rainbow Six Siege, provided some new details on the system in a post to the Rainbow Six subreddit today.

“Starting next week, we will be implementing an improvement on the system we have been using to ban players that use racial and homophobic slurs, or hate speech, in game,” wrote Robinson, who goes by Its_Epi online.

Bans will be handed out for violations of the Rainbow Six Siege Code of Conduct, which specifically reads, “Any language or content deemed illegal, dangerous, threatening, abusive, obscene, vulgar, defamatory, hateful, racist, sexist, ethically offensive or constituting harrassment is forbidden.”

In the game’s terms of use, Ubisoft explicitly reserves the right to suspend, ban, or delete user accounts if they violate the Code of Conduct.

Expanding on comments he made earlier this week, Robinson writes that bans will be handed out in varying durations – two days, seven days, 15 days, and permanent – depending on the severity of the violation.

In the comments below the post, Robinson implied that this new system will be at least somewhat automated.

“We will be tracking the frequency at which language that violates the Code of Conduct is used by individual players, and apply the appropriate ban on a case-by-case basis,” he wrote.

Robinson says the team understands Rainbow Six Siege is a competitive game and that they know a certain amount of trash-talk and swearing goes with the territory.

“We are expecting people not to take it too far with slurs and hate speech,” he wrote.

Robinson, a former U.S. marine, posted the thread to his public Twitter timeline.

“This is a first step on a long path of making our game a better place,” he said.