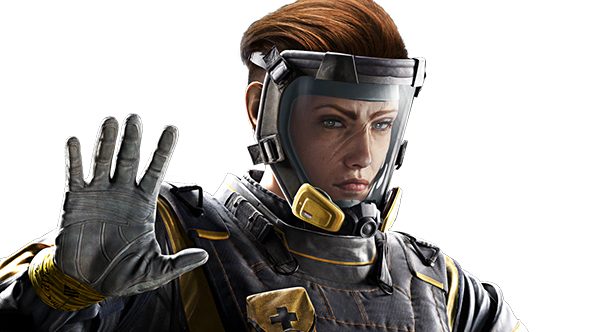 Ubisoft’s latest planned changes to Rainbow Six Siege haven’t gone down especially well with fans. Apparent buffs for an already powerful Finka and nerfs for a seemingly well-balanced Blackbeard raised a lot of eyebrows when they hit the TTS, but it seems the official patch notes didn’t tell the whole story. A load of undocumented changes make those announced alterations seem much more well-considered.

For one thing, Finka’s nanobot health boost now lasts for 10 seconds rather than 20, and the cooldown time has been reduced to 10 as well. This minor nerf makes a lot more sense alongside her new frag grenades, which were announced in the original patch notes – it now seems like a minor rebalance rather than a straight buff.

You can’t nerf the best FPS games on PC.

More officially undocumented changes have been unofficially documented on Reddit. Another controversial change in the patch notes was Blackbeard’s shield nerf, but it turns he also gets a damage boost for the Mk17 CQB assault rifle – up from 42 to 49. Dokkaebi gets some nerfs, with increased Mk14 recoil and longer gadget recovery time.

There are more changes as well, but those are the most significant – and the most notable for their absence from the official patch notes. Any TTS patch, of course, is always subject to change, but players tend to look at those notes as a preview of what’s coming to the live game. Here, they only told a small portion of the story, and the partial news has had the community in a tizzy.

We will, of course, keep you up to date on the best Rainbow Six Siege operators as the balance changes. At this point, who knows what form this patch will take on live servers.