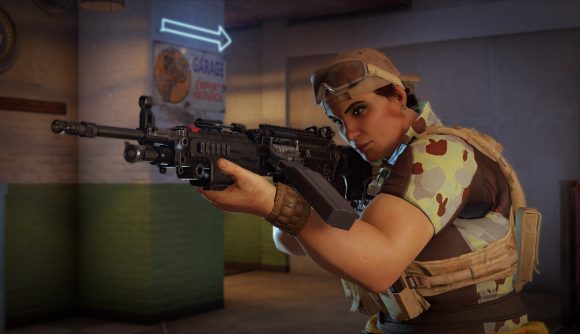 Rainbow Six Siege continues to shift and change, and Ubisoft has begun to keep track of big upcoming gameplay changes that are in the works in a regularly-updated blog post. The latest update includes several notable additions – including plans to rebalance the map pool for players in Ranked.

Ubisoft believes it has “too many maps available in the Ranked map pool,” and aims to change things in time for Year 4 Season 3. Besides just changing the number of maps in rotation, the developers “are determining which maps to include in this reduced map pool.”

Many players want a reduced map pool, but there’s not much agreement on exactly what that change should look like. Map rotation typically changes each season, and Ranked play already cuts many of the maps that have been relegated to Casual modes – but it’s still a much larger selection of maps than have been approved for competitive play, indicating there’s plenty of room for better balance.

The full update also notes plans to fix exploits for the Ranked matchmaking system that allow you to play against lower skill opponents, as well as additional tools for toxicity reporting. Both these changes are also aimed for Y4S3.

Other fixes are still on the way – a fix for client-side debris issues, for example, is still on the list, though it’s not scheduled for release until next year.