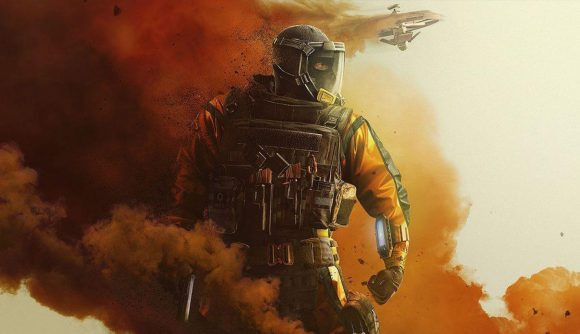 Effects like debris in Rainbow Six Siege are calculated client-side – meaning that the results are particular to each user’s game client rather than being consistent for the entire server. Sometimes, that means you have an entirely different sightline than your opponent, and the inconsistencies have been giving players occasional fits for years.

Ubisoft is working on a fix for inconsistent debris in barricades, but don’t expect until “potentially” Year 5. “ We are currently in the design phase to determine how we want to approach this topic,” the developers say. “We are exploring and prototyping different options.” Exactly what the fix will look like remains to be seen, but it may not simply be a switch to server-side calculations.

The developers are also working to fix Echo’s now nearly-invisible drones in an unspecified “future patch.” In the full rundown of top issues, sound bugs (including one “that allows sound to travel more easily that intended through solid objects”) and connectivity problems are also noted as major problems in line for fixes.

Y4S3 is in line for a number of gameplay fixes, including better propagation for Smoke’s Gas Grenades, further improvements on weapon sight alignment, and in-game UI offering details when an operator has been removed from play – like when Clash got disabled.

For now, you can at least enjoy the aftermath of a big new ban wave that’s taken users of the chat symbol exploit out of the game.