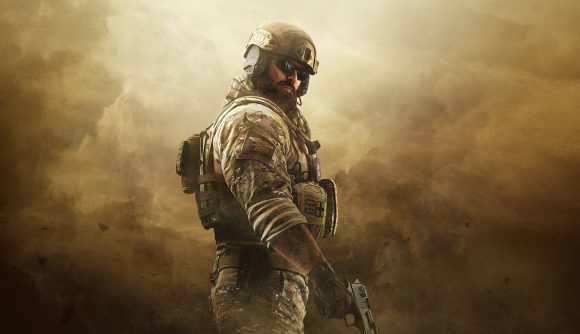 Rainbow Six Siege‘s latest update is now live on PC, bringing a new batch of balance tweaks and changes. Much of what Ubisoft has changed in the Y4S4.3 update we already knew about from the test server patch notes, but the final list is now available.

Ubisoft has followed through on its promises to overhaul ADS times; all weapons will now take longer to raise to your eyeballs when you want to shoot more precisely. However, the nerf to sidearm SMGs is less significant than was originally planned – their ADS time is going up from 0.1 seconds to 0.275 seconds, not to the 0.35 seconds that was seen in the testing period.

The planned nerfs to Maestro and Jager have gone ahead unchanged, meaning the former loses his ALDA ACOG and the latter’s 416-C damage falls from 43 to 38. Echo also suffers from a nerf of sorts, as he is now vulnerable to Dokkaebi.

On the other hand, Ela, Finka, Ying, Nokk, and Smoke all get buffs – read the details on those in the patch notes below, via Ubisoft. The changes are already active on PC live servers, with PS4 and Xbox One updates rolling out over the course of January 29. Ubisoft is also planning a Lesion nerf, but that will come in a future update.

Rainbow Six Siege’s Road to SI 2020 event is live, meanwhile. It adds a new map, Stadium, for the next five weekends leading up to the Six Invitational on February 14. Siege’s Year 5 pass also leaked just recently, and it now contains fewer operators than before.

*(Modified based on feedback from Test Server)

The juice is loose.

Wamai giving Jäger a run for his money.

New and improved Candelas! Great for flashing enemies and not just your team!