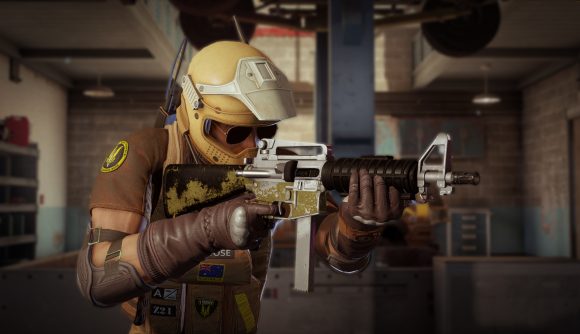 One of the key elements to effective Rainbow Six Siege play is communication. Sharing information with your teammates can make the difference between rinsing and getting rinsed. What if, however, all the players on a team shared the same brain? That’s the question YouTuber Basically Homeless set out to answer with five PCs, five Siege accounts, and a switcher.

The setup is straightforward enough: He set up five PCs, all running its own copy of Rainbow Six Siege. He then connected his mouse and keyboard to a switch, so he could swap the account he was controlling with the touch of a button.

But it wound up being a bit of a logistical nightmare. Five gaming PCs, six monitors, an audio mixer, and recording equipment are too much to run on a standard outlet, and wound up tripping the circuit breaker. Further, if one character doesn’t move in three minutes, Siege will drop that player from the match. Basically Homeless had to find workarounds for these, but eventually he was up and playing in casual.

Step one, once he was in, was working out a viable strategy. Defense was tough, and at first he was spending the entire preparation phase simply positioning three operators. But things got easier once he was on the attack. Watch the video below: 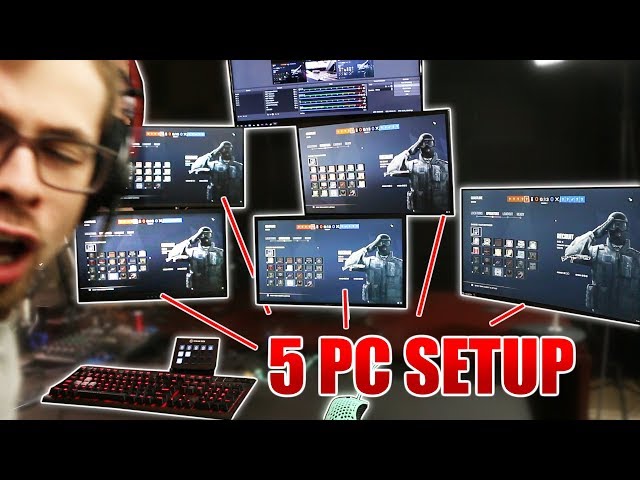 Since he could only control one character at a time, he found that the most effective way to approach attacking was to treat each individual operator as a respawn. Using his first operator, he’d just rush into the map and usually get killed, but in the process would reveal crucial information about the enemy team that he could use with subsequent attempts.

While it took a while for him to figure out a rhythm, he eventually started winning the occasional round in casual and moved up to ranked. Unsurprisingly, this was significantly more difficult. But with a lot of practice, he was eventually able to make it to round nine.

Is this a useful thing to have worked so hard to do? Does it require us to rethink what we know about Siege? No. But it’s damn impressive. Instead of coordinating with a team, Basically Homeless was able to rely on good weapon handling and an unexpected approach in order to make his weird experiment work.