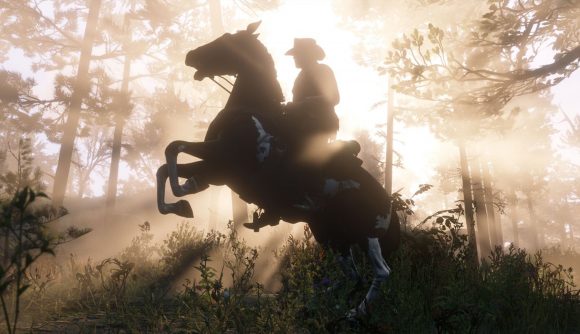 In his piece extolling the ingenuity of Rockstar’s latest epic, Reason.com editor Peter Suderman makes an impassioned and convincing case for videogames as an art form in America’s newspaper of record.

“Like the classic westerns and gangster stories it draws from, it can be crude and violent,” Suderman writes. “But it is also richly cinematic and even literary, serving up breathtaking digital vistas reminiscent of John Ford films along with a mix of deftly scripted stories about outlaws, immigrants, hustlers, con artists, lawmen and entrepreneurs, all trying to eke out an existence on the edges of civilization.”

Not bad, right? The debate over videogames qualifying as art has been going on for a while, particularly since legendary Chicago Tribune critic Roger Ebert declared in 2010 that video games “can never be art.”

As any reader of this site might imagine, Ebert caught a lot of flak for that statement. But he never backed off, and before he died he even doubled down.

“Let me just say that no video gamer now living will survive long enough to experience the medium as an art form,” he wrote, churlishly.

Red Dead Redemption 2 seems to have at least changed the mind of Peter Suderman, and it was enough to warrant a headline in the New York Times.

Of course, it doesn’t really matter. Games are here to stay and they’re having an influence on culture whether we want them to or not. Now it’s just a matter of “lead, follow, or get out of the way.”