Halloween approaches, and Red Dead Online is getting plenty of new ways to celebrate. Two new legendary animals have appeared, along with a new limited-time mode called Dead of Night. And if you want to get really serious about the spooky season, there’s an all-new Halloween Pass to pick up from Wheeler, Rawson & Co. Let’s sink our fangs in, shall we?

First up is this week’s new Dead of Night mode. In this PvP mode, you’ll be competing on one of four teams, scoring points by killing The Dead by any means at your disposal. You’ll score even more points for causing your rivals to meet their grisly ends – and of course there are any number of ways to make that happen in the multiplayer game.

In Dead of Night mode, you’ll also be able to find a Night Stalker mask, which bestows “supernatural abilities” on its wearer – this will definitely come in handy as the competition to eliminate the walking dead heats up. If you finish a round of Dead of Night mode any time in the next week, you’ll get triple the normal payout as well as a nice care package containing three tomahawks, ten volatile fire bottles, and 25 incendiary buckshot slugs. Nice.

Next up, let’s talk Halloween Pass. Here’s the trailer: 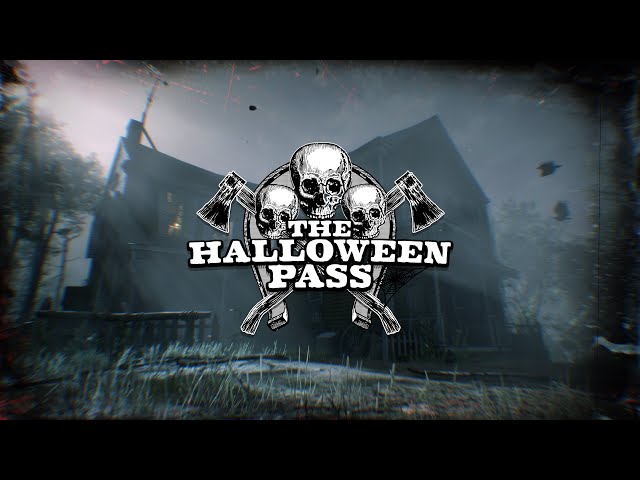 The Halloween Pass operates according to the traditional battle pass rules: you buy it and rank it up, earning rewards for each of its 20 ranks. Those rewards include special Halloween-themed clothing, weapon variants, new “grim” photo studio backgrounds, filters for the advanced camera, and a total goth makeover for your moonshine bar.

The pass costs 15 gold bars, which you can grind by playing the game or purchase in the real-money store in game. If you decide to pick it up this week, you’ll get a free weapon component of your choice thrown in for free. You can also get a nice bonus by visiting Madam Nazar and buying one of her Halloween masks – doing this will earn you ten free poison throwing knives and a reward for a free ability card of your choosing. This week, all players who have taken on a role are getting 2,000 free club XP and a coupon for 50% off on a weapon from the fence.

Speaking of roles, naturalists should be aware that there are two new legendary panthers lurking around in the online Wild West game. You’ll find the albino Ghost Panther stalking deer around Bluewater Marsh, and the stealthy Nightwalker Panther can be found – if you can see it – creeping through the evening shadows near Bolger Glade.