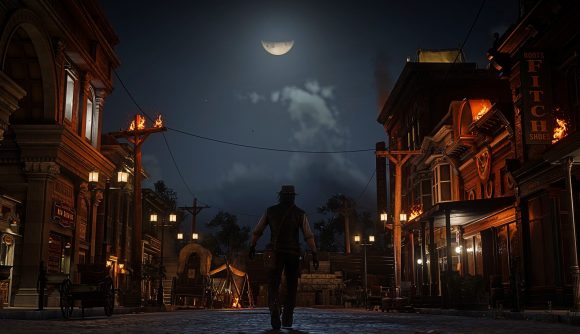 Unless Rockstar releases Red Dead Redemption on PC, there are a few things from the original game that we’re unlikely to see in follow-up to the cowboy game anytime soon. Modders have already got to work recreating parts of Mexico for you to explore, but now they’ve turned their sights to an original slice of DLC called Undead Nightmare to bring in the spooky season.

Modders RedMaxBR and AClassySliceOfToast have released a few slices of their work on Nexus Mods that give Red Dead Redemption 2 an Undead Nightmare vibe. Undead Towns changes the aesthetics of the game’s villages to be more in keeping with the old DLC, Undead Blackwater turns the town into a safe zone, and the Undead Nightmare Camps mod litters the map with heaps of, well, camps from Roanoke Ridge to New Austin.

If you want a better experience while using the mods, RedMaxBR and AClassySliceOfToast recommend using them with the Rampage Trainer, which comes with a Halloween override that makes the weather suitably spookier and adds the Undead Nightmare soundtrack.

If you’d like to see the instructions for downloading these mods, you can find them all on Nexus Mods (linked above). As ever, though, mod with caution. 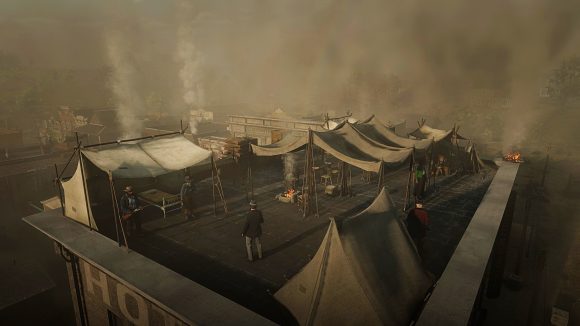 If you’ve been out of the loop, Undead Nightmare is an expansion pack for Red Dead Redemption that features an entirely new single-player campaign. You play as John Marston as he tries to find a cure for a highly infectious plague that has spread across the frontier like wildfire.

Red Dead Online usually gets its share of spooky content, though Rockstar hasn’t revealed what’s on the way this year just yet. Red Dead Online did get another Quick Draw Club Pass filled with cosmetics recently, alongside three new hardcore assassination missions, so you’ve got a share of content to keep you busy until spooky season cometh.