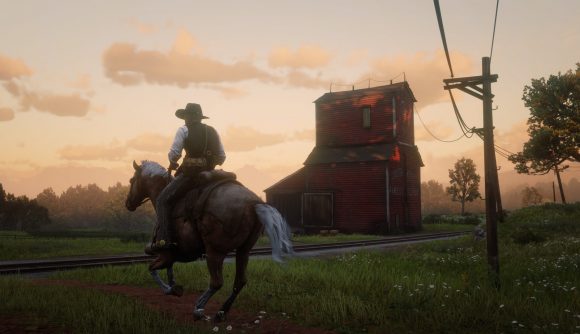 There’s a new roster of ne’er-do-wells to eliminate in Red Dead Online as of today. Three new telegram missions have arrived in the Western game, courtesy of your old penpal ‘J,’ but these are going to be quite a bit tougher to complete than missions you may have attempted in the past.

Hardcore telegram missions are similar to the single player-friendly telegram missions that first appeared early this year in A New Source of Employment. This time, however, they’re ‘hardcore’, which means enemies won’t show up on your radar, and you’ll have zero aim assist when the lead starts flying.

There are three of these new missions now available from post offices or your camp lockbox. In the first, Good and Dead, you’ll need to track down a gang leader who’s rumoured to be somewhere in Saint Denis, but you’ll only have his last known outfit to go on. Your payout will depend on how cleanly you can identify and take down the target – you’ll get docked for alerting him or his guards, or for gaining any wanted levels before making your getaway.

Mission two is Frontier Justice, which sends you off to Armadillo to deal with the Del Lobos gang. This one sounds almost like an Assassin’s Creed mission, and you’ll find new approaches to the occupied town if you manage to covertly free some of the gang’s hostages.

In A Tough Business, your pen pal “J” offers up a new batch of Hardcore Telegram missions with no aim assist, nor any enemies blipped on your mini-map.

In the third mission, Cold Day in Hell, you’ll be stealthily heading up into the snowy mountains to steal some plans for a bank robbery in Colter. Alerting any of the gang members holed up in the cabin with the plans will bring a horde of reinforcements down on you, so it’ll be crucial to play it cool and keep your head low.

The new hardcore telegram missions are available now. They’re the bundle labeled ‘A Tough Business’ when you visit a post office or your camp lock box.