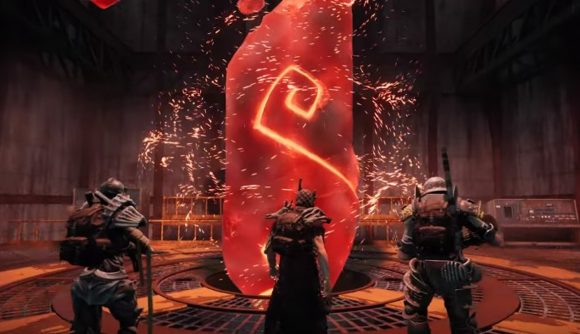 Action-RPG Remnant: From The Ashes hit a sales milestone recently, having shifted one million copies since launch in August. To celebrate, Gunfire Games is releasing some new content, including a new mode, and re-affirmed plans for DLC through-out 2020.

Speaking on Remnant’s success, David Adams, Gunfire Games co-founder and president, called the response “overwhelming and humbling”, and talked up Gunfire’s plans to support the game going into next year, starting with a much requested addition. “We’re excited to expand Remnant’s universe and know players will love the new game content we have in the
pipe for 2020,” He said in a statement. “They’ve been asking almost daily for harder and harder challenges, and we are thrilled to unveil Hardcore Mode. Let’s see who has the skills to dominate the Root and make it out alive in one shot!”

The “one shot” terminology is apt, as Hardcore Mode has players create a new character and try and complete Remnant without dying once. A single death and the play-through is over. Matchmaking is available, but requires manual invitation, so Hardcore Mode and regular players aren’t mixing and screwing up each other’s runs. New items are up for grabs for those brave enough to have a go, and anything acquired in Hardcore can be used in regular difficulty too.

Other bits and pieces going live in the Halloween update are a toggle to disable tutorials, a communication wheel with pings and emotes, some balance changes, and the ability to hide helmets. Full notes are expected some time before the update rolls-out.

Perfect World, Remnant’s publisher, is equally pleased about having one of the year’s sleeper hits. “Gunfire Games has made a truly special game, and it’s fantastic to see how much it has resonated with players,” Yoon Im, COO of Perfect World Entertainment, said. “The team has awesome plans in the works that will continue to keep the game fresh and challenging. We’re looking forward to continuing this journey with them and all of the fans.”

Remnant: From The Ashes has a content roadmap for 2020. The next major DLC is the ‘Corsus and Survival Update’, due in Spring, with something else top-secret for the back-half of the year. Remnant hit the ground running in August, becoming one of Steam’s best-selling games of that month.