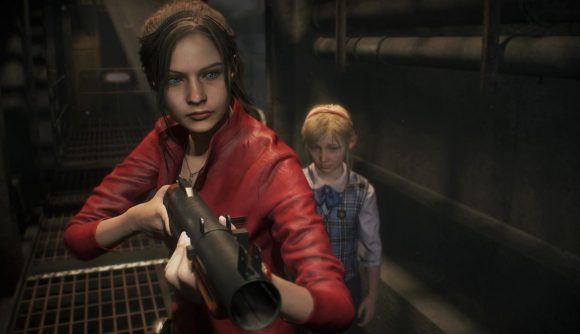 Resident Evil 2 sales – that is, copies of the 1998 PlayStation original – currently hover at around 4.96 million, putting it in sixth place among every game Capcom has ever released. But while RE2 got a two decade head start, its remake is catching up fast. Two months after launch, the remake had sold 4.2 million units, just cracking Capcom’s all-time top ten.

Those numbers are accurate up through March 31, so it’s possible the remake has already surpassed the original in the month and a half since then. We’ll likely see when the next financial quarter rolls around. The studio is making the most of the game’s success, too – Capcom’s got “numerous” new games in development using the RE Engine.

You can see the full Capcom sales rankings at the company’s official site (via Gematsu). Another success story in this update is Devil May Cry V, which sold 2.1 million copies between March 8 and March 21. Capcom said those DMC5 sales have “successfully reinvigorated” the series as part of the company’s latest financial report.

In a press release issued in January, Capcom announced that in its first week of sales, Resident Evil 2 shipped three million units worldwide across all platforms. That puts it a little behind Resident Evil 7, which sold 3.5 million copies during its launch week in January 2017.

In Capcom terms, it still sits behind the enormously successful launch of Monster Hunter: World, which peaked at 329,000 players last year and was still boasting more than 50,000 overnight. Compared to other entries in the Resident Evil series, it’s a huge success, more than tripling the figures achieved by Resident Evil 7 in 2017.

Related: Check out the best horror games on PC

Those numbers are backed up by a very impressive game. Chris’ take on the game’s gore in his Resident Evil 2 PC review was extremely on-brand, and our Resident Evil 2 scores round-up suggests his enthusiasm was shared by plenty of other critics.