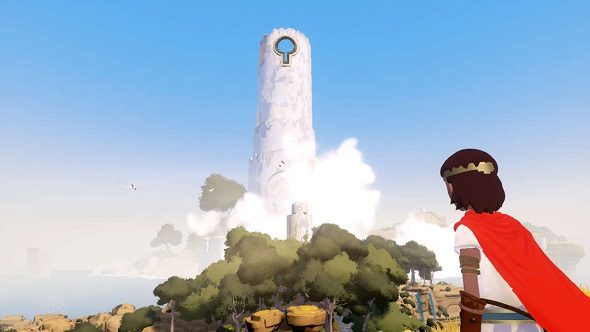 Update June 2, 2017: Rime publishers Grey Box have kept their promise and removed Denuvo from the Tequila Works adventure game, following the anti-tamper-protected version being cracked and released onto torrent sites.

“Today, we got word that there was a crack which would bypass Denuvo,” said Grey Box in a blog post. “Upon receiving this news, we worked to test this and verify that it was, in fact, the case. We have now confirmed that it is. As such, we at Team Grey Box are following through on our promise from earlier this week that we will be replacing the current build of Rime with one that does not contain Denuvo.”

Here’s are our early thoughts on Rime’s whimsical adventure.

We reported news of the Rime crack yesterday. The pirates also claimed that Denuvo was directly responsible for the game’s stuttering issues. Denuvo have since denied this claim.

Original Story May 28, 2017: Most big-budget games nowadays are released with some kind of anti-tamper tech to prevent pirates from playing illegally sourced copies. In quite the startling move from developer Tequila Works, they have announced that they plan to remove the Denuvo anti-tamper tech from Rime if pirates manage to crack the game.

In a post over on Rime’s Steam forums, Tequila Works’ staff member Dariuas stated that the addition of Denuvo was a hotly debated topic internally at Tequila Works. The decision to include it was made to “preserve [the] quality in Rime”, as cracking the game runs “the risk of creating issues” with its audio and graphics. There is also the other obvious bonus of it stopping pirates from playing the game via illicit means.

If Rime is cracked though, Tequila Works “will release a Denuvo free version of Rime and update existing platforms.” Denuvo has not exactly had the greatest track record in 2017, with both Resident Evil 7 and Mass Effect Andromeda being cracked within a month of sale, so I imagine it won’t be long before Rime joins the list.

It is more than understandable that Tequila Works want to protect their game from pirates, but it seems counter-intuitive to publicly announce to crackers that you’ll remove the offending tech if they manage to break through it. It’s most likely going to act as a pirate call to arms, rather than something to fend them off.

The response to this announcement has ranged from bemusement to outrage, with the actual Steam thread being locked thanks to various angry responses. Tequila Works may have potentially lost some sales through this announcement, but the eventual removal of Denuvo may see more PC users picking up (and possibly pirating) Rime.