When so many other games seem to be demanding more and more of our time, Rocket Arena is a spritely breath of fresh air, asking “Hey, how about a quick match?”

Offering quick bouts of soda pop action and a season pass to keep you coming back, it’s a terrific little ‘pick up and play’ game that doesn’t need you constantly checking in to make sure you’re optimising your enjoyment. It’s a game in which everyone has rocket launchers and nobody ever dies, with a simple selection of game modes glazed in a thick sugar coating of fun.

Most of Rocket Arena’s individual elements are pretty familiar at this point: there’s the roster of playable characters, each with their own abilities and weaknesses. There are some objective-based game modes, and others in which you’ve only got to worry about landing hits on opponents. Everything is always over in a few minutes, and you can safely log off or head into the next match without having to check your clock or your calendar to make sure you’ve got the free time – c’mon, you do, it’s just one more round!

The smartest move Rocket Arena has made is to have modeled itself more on Smash Bros than on the sweaty PvP shooters of yore. Each contender has a unique rocket launcher, but none of them are lethal – getting hit only adds to a ‘blast meter’ which increases the knockback you take on subsequent hits. You can reduce it by retreating to safety – and by vigilant use of the dodge key – but there aren’t many places to hide on the small 3v3 maps. Getting hit when your meter is full sends you karooming off nearby surfaces and bounding out of the level, at which point your character will gracefully spin or coast around and make their return. 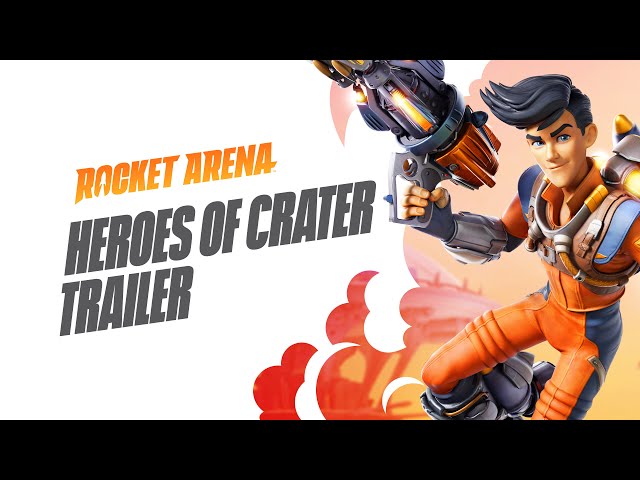 Effectively, it’s the same thing as dying in any other classic deathmatch game, but the cartoony approach and lack of any real physical pain for the characters takes the sting out of being fragged… or at least, usually it does. Rocket Arena’s characters can feel a bit imbalanced at times, and it can be frustrating to get locked between a character with a rapid fire attack and an inconvenient piece of level geometry with nothing in your moveset to escape or counter with.

It's fun, fast, and cheerful, but once the initial sugar rush wears off, there's not a lot left to munch on

Heroes are distinct enough that playing with different characters can feel like playing a different game, even though on paper everyone’s just firing rockets at each other. Apple-cheeked Plink is great at short range and is a good character with which to learn the game – he’s got homing rockets and a boomerang, plus a throwable teleporter that allows him to blip into or out of trouble as the situation demands. There’s Rev, the roller derby rebel who coasts around on a hoverboard that looks like an expensive graphics card, and Mysteen, who can create illusory clones of herself and swap places with them. It’s a fun cast, even without much in the way of in-game lore to explain what they’re doing together. 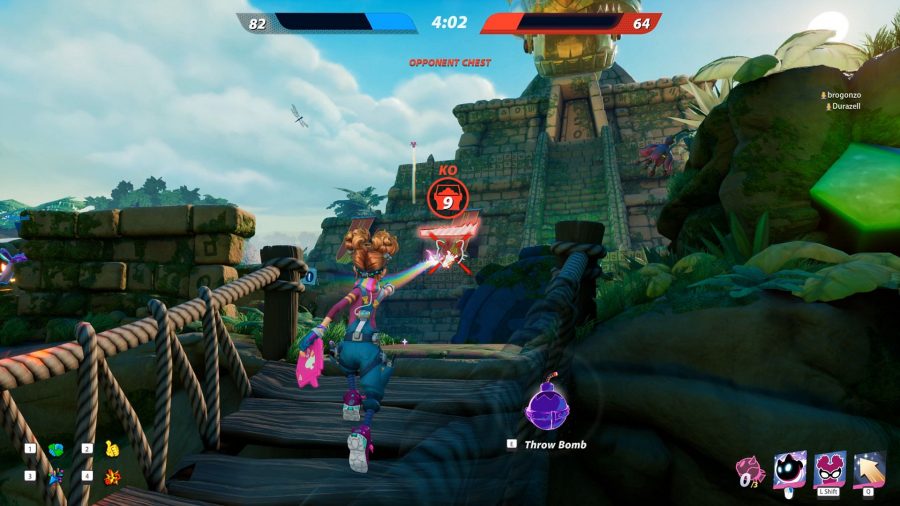 Rocket Arena’s roster (of ten, currently) is set to expand: EA has said live service is “at the core of the game’s design,” and you’ll see a new hero introduced with each season, which are set to run for about three months each. There will be the usual free and premium upgrade tracks to unlock, but new heroes will all be free to all players. The paid track is fairly generous too – you’ll be able to unlock enough in-game currency with each so-called ‘Blast Pass’ to purchase the next one, provided you’re ready to put in the time.

That’s not a hard thing to imagine doing, either. Rocket Arena’s modes are simple enough to grasp within a few moments of starting your first ever round, but the ten unique heroes give the game a pleasant initial sense of depth. I had great results right out of the gate playing as the spear-wielding Izell, but it took quite a bit more time to get a handle on stuffy gentleman explorer Topnotch. 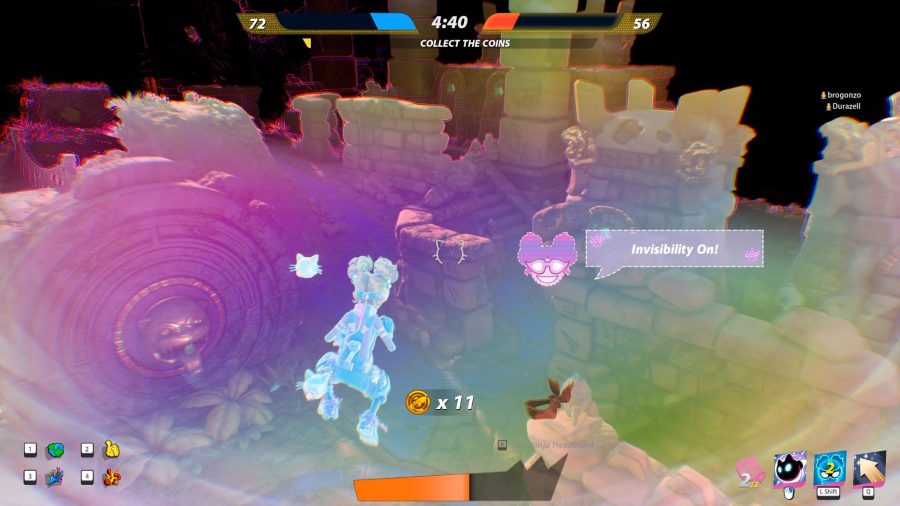 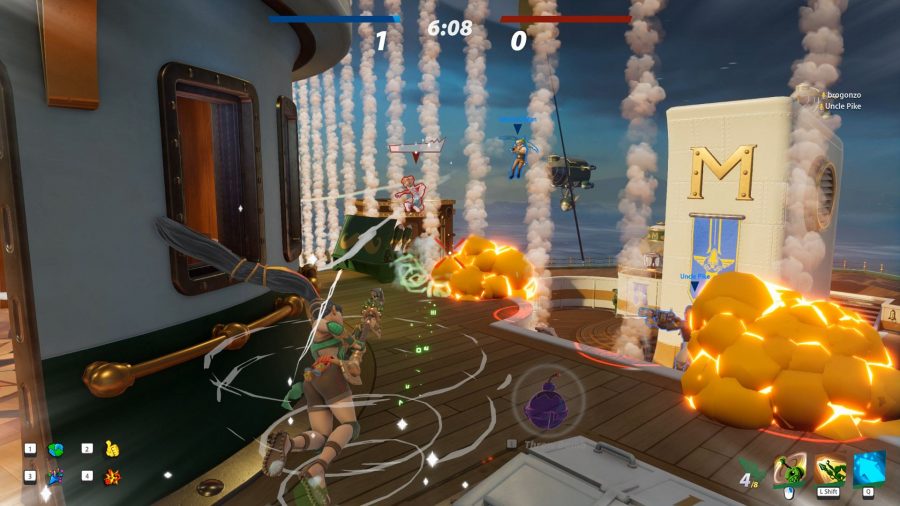 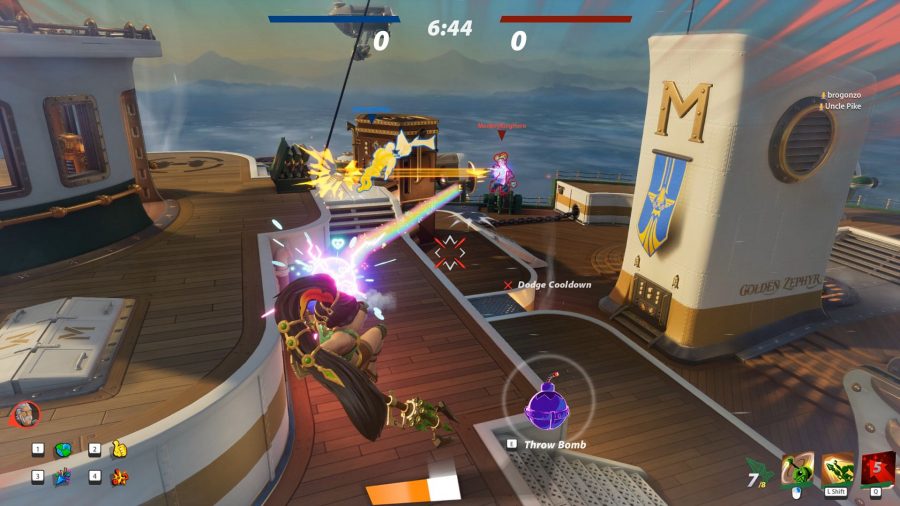 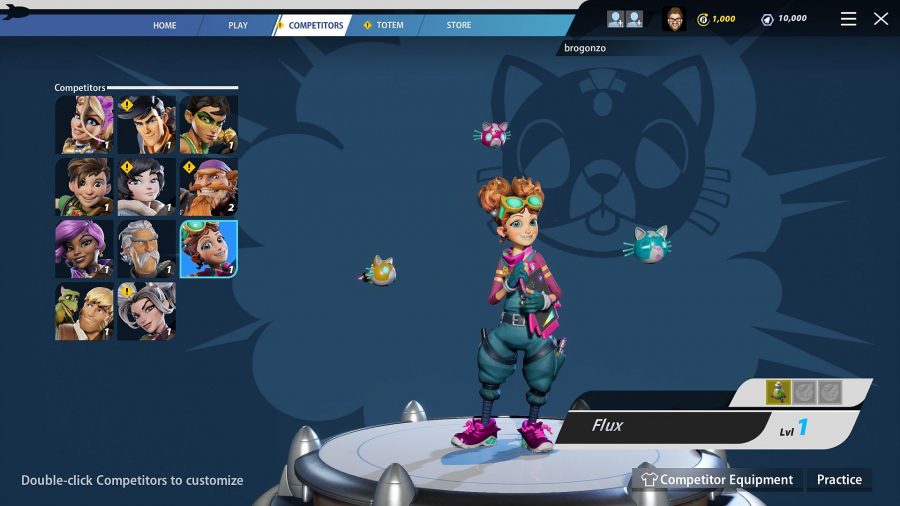 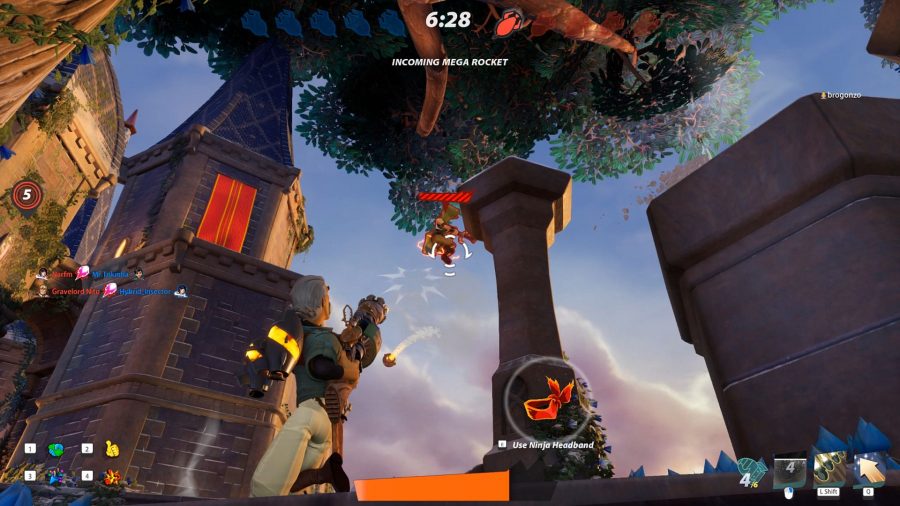 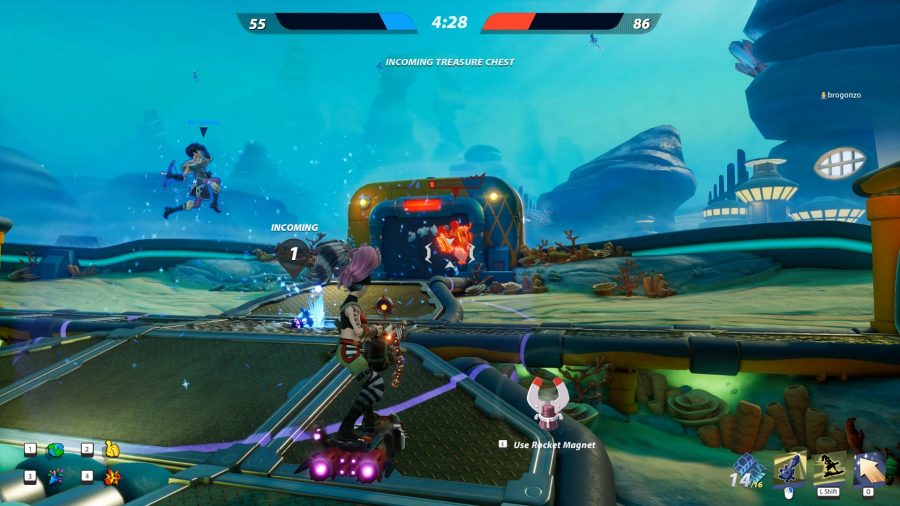 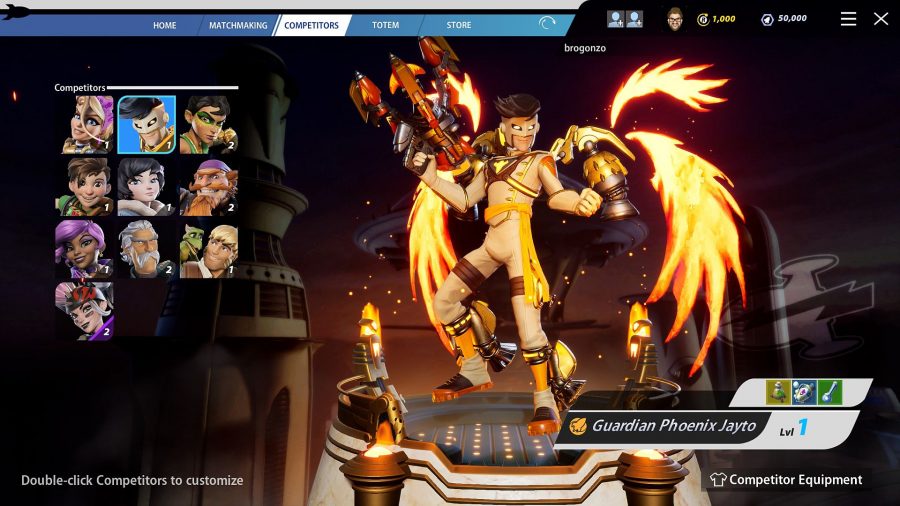 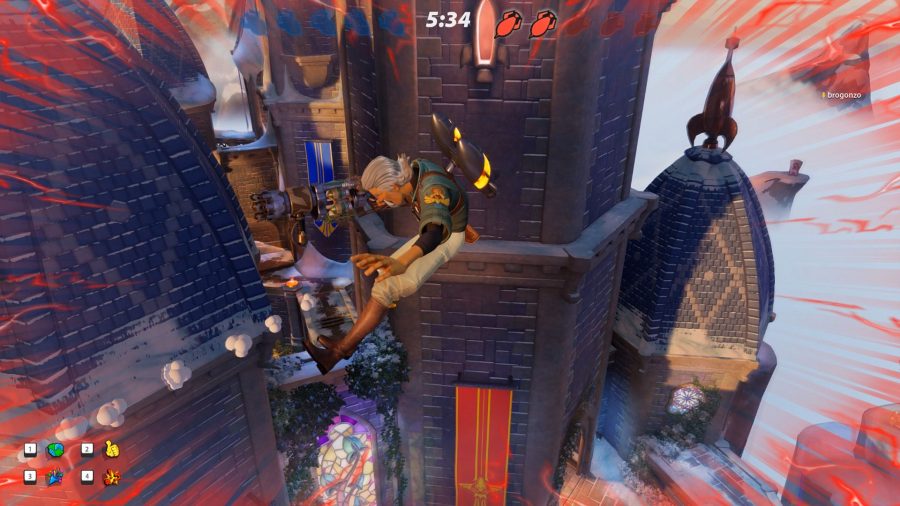 Even so, there’s no escaping the fact that Rocket Arena feels a bit thin at the moment – when that initial saccharine rush wears off, there’s not a whole lot left to munch on. It’s fun, fast, and cheerful, and that together makes it a welcome change of pace from most of today’s competitive fare. But once you’ve gotten the hang of each hero, there isn’t much in the way of team composition or strategy to provide a sense of long-term consequence – there are skins and trinkets to chase after, but ultimately you’re always going to be playing pretty much the same chaotic little game.

More like this: Check out the best multiplayer games on PC

The determining factor for Rocket Arena’s long-term value will be its seasonal content. New heroes and limited-time modes are bound to shake things up, and given the creativity on display in the launch roster, the sky’s the limit on character design going forward. It’s also the limit on how far you can get blasted by an opponent’s rocket – remember to keep your feet at least somewhere near the ground.

An accessible, lightweight competitive shooter. Though it's a little thin in its current state, this is a solid start for what will hopefully become a lively and dynamic game as its season pass gets underway.