Samsung do love a curved screen, and their new gaming monitors are promising to deliver the most wraparound display we’ve ever seen. Bookies have now started taking bets on the Korean giant releasing an entirely circular monitor next year.

What’s the top monitor around today? Check out our pick of the best gaming panels.

Samsung are showing off their three new displays at the IFA tech show in Berlin this week and next, all with a curved screen and Quantum Dot filters. There’s a pair of 16:9 screens under the CFG70 name, at 23.5-inch and 27-inch, with a 144Hz refresh rate, FreeSync support and an 1800R curve. There’s also a 21:9 34-inch ultrawide, the CF791, promising a 100Hz FreeSync screen with a sharper curve of 1500R.

But while those are some tight curves, it’s the fact that their new displays are also sporting the same Quantum Dot filter Samsung are using in their latest HDR TVs which makes the upcoming range so intriguing. The filter enables the VA panels to display 125% of the standard sRGB colour space, which means they have a much greater range of colours than competing monitors. By comparison the beautiful Asus ROG PG348Q is only capable of 100% sRGB from its relatively shallow 3800R curved panel. 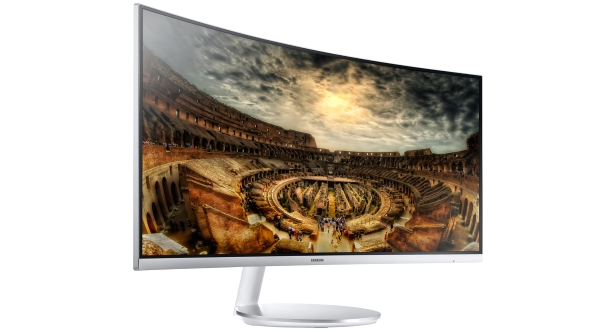 Having a greater range of colours means greater depth in images, and that’s especially evident at the extreme ends of the range with bright and dark scenes. Being able to make out details in the shadows – coupled with the widescreen display wrapping around your eyeballs – could mean great things for the immersion levels of your favourite survival horror for example. Though maybe not great things for your laundry bills.

We’re not talking about the same level of contrast detail the self-emissive OLED technology can manage as these monitors still require LED backlighting to bring the display to life, but the black levels ought to be excellent given we’re talking about vertical alignment (VA) panels for the range.

Samsung’s new monitors are on show at IFA and will be on the shelves towards the end of the year with the top-end CF791 ultrawide likely sporting a $999 price tag. 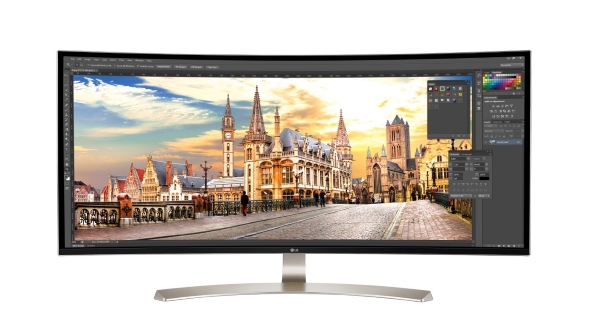 Not to be outdone Samsung’s hometown rivals, LG, are also lifting the lid on some new displays of their own. The LG 34UC79G is promising to be the world’s first 144Hz curved ultrawide monitor using an IPS screen. It’s also offering FreeSync support too, though they haven’t yet indicated whether it’ll match the extreme curve of the CF791, but given no-one is quite as curve-obsessed as Samsung I would doubt it’s anywhere near as tight.

LG is also going big, offering a massive 38-inch ultrawide with a 3840 x 1600 native resolution. Thankfully it’s also curved otherwise there wouldn’t be a desktop on Earth that could contain the new LG 38UC99…