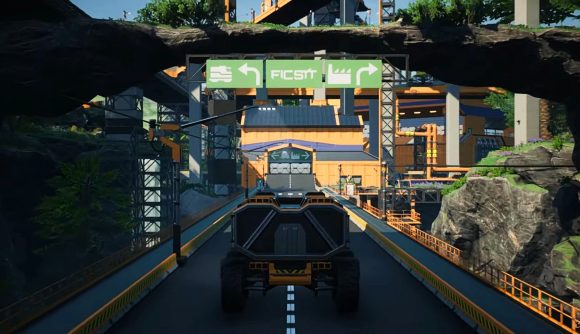 Satisfactory’s Update 5, which emerged on the experimental branch in the sandbox game last month, is now out in the live game. This update adds brand new tools for creating custom signage for your worlds, as well as spiffy new tools for customising your factories’ visual appearance.

There are now 10 different signs you can place anywhere in the world, using poles with adjustable heights. As you can see in the trailer below, these can be super handy for providing directions for vehicles or along footpaths. You can use a wide range of colours, fonts, backgrounds, and icons on your signs, so you should have no problem getting your message across.

In the teaser trailer for Update 5 last month, the centrepiece was a spectacular train collision. However, disasters should be less frequent thanks to the addition of new ‘block’ and ‘path’ signals you can use on train tracks. Block signals designate sections of track that can only be occupied by a single train at a time, while path signals map out designated routes through your transit system. 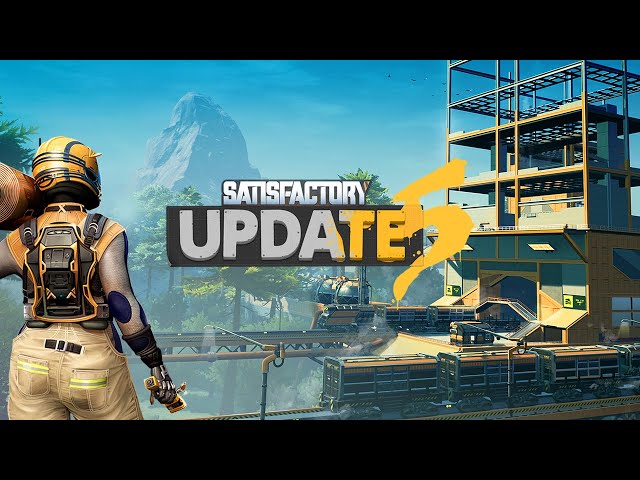 You’ll find better automated vehicle pathing, an updated UI for locomotives and train stations, and a fully remodeled truck station, which also has an improved UI – as well as new input and output slots.

Update 5 also introduces the Customizer, a new tool built into the Build Gun that unlocks at tier 2. Using the Customizer, you’ll be able to swap out the appearance of surfaces like walls, foundations, and ramps. There are 58 prints loaded in the tool, and it’ll also function as a replacement for the Color Gun – without needing a colour cartridge to operate.

Finally, Update 5 adds in support for dedicated servers – although this feature is in an “experimental state,” developer Coffee Stain Studios explains. Check out the full patch notes for more information on the latest improvements to the co-op factory builder.