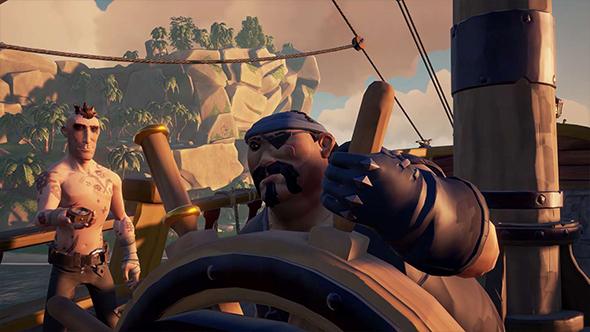 It’s been rough waters for the launch of Sea of Thieves so far, with players alternately concerned over the game’s depth of content or unable to log in at all. The latter issues are the more immediate concern right now, and Rare have posted a video detailing exactly what the connectivity problems are and how they’re being fixed.

Check out what Rare has planned for future Sea of Thieves updates.

The developers have seen “unprecedented numbers” for the final launch of the game, nearly four times bigger than what they’d seen in the final beta. They’ve seen over 1,000,000 unique users in a 48 hour period, and at points they’ve had 5,000 people attempting to log in every single minute.

Rare are likely to be happy with those numbers, but perhaps less excited about the strain all those players are putting on the servers. The problems have been especially bad at what they call the “peak times” of 9PM-2AM GMT, leading to trouble logging in and delayed rewards from factions.

The team are working on some updates serverside and hope to have things improved by the time peak hours begin tonight. Other issues are going to need a client patch, and they hope to have the first update ready to launch early next week. A handful of maintenance times are scheduled over the next week, with each period lasting three hours.

They say this is just their first update video with more on the way, and the detailed explanations they’ve provided are much appreciated.