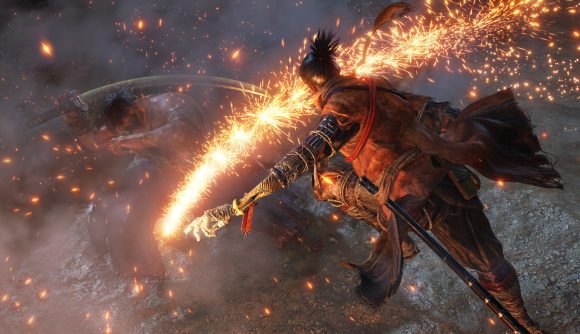 There’s a patch inbound for Sekiro: Shadows Die Twice later today, and while it’s naturally addressing some stability and performance issues across PC and consoles, the changes it’s making to the cost of certain combat arts and Shinobi prosthetic tools are certainly the ones that will garner the most attention.

There are, of course, bugs that have been squashed. A particularly nasty one would lead to PC save files being corrupted when the game crashed, and FromSoft says it’s addressed that one, thankfully. The developer has also fixed an issue that prevented certain actions from being performed after reconfiguring the controls – another welcome fix, especially if you’re a player who prefers or relies on custom-mapped control schemes.

Another fix addresses players accessing “unexpected areas, which could result in becoming unable to obtain items or make further progress.” I’m not sure exactly what they’re referring to here, but I have a hunch it’s going to mean speedrunners may need to reevaluate their strategies in some areas.

But the most important changes are coming to Spirit Emblem cost to several prosthetic tools and combat arts. While FromSoft only says it’s “adjusting” the cost, the idea is to encourage players to use a “diversity of approach” – or in other words, use tools that they had been mostly ignoring in favor of a couple main skills.

For players like myself who tend to hoard up every kind of consumable available in these games, anything getting cheaper to use is definitely good news.

Here’s the full patch notes for version 1.03, straight from the official Sekiro site:

I haven’t had time to get very far into Sekiro yet, but Rich liked it quite a lot. In his review, he said it boasts “the best swordfighting in the business,” and just to imagine “duelling a half-naked samurai atop a castle in a blizzard while he throws lightning at you, blades ringing as they clash.”