With a parsimonious price tag and all the makings of the best gaming headset, the Sennheiser GSP 370 is the cream of the mid-range wireless can crop. Perhaps even dangerously so for its manufacturer, who inadvertently created a wireless headset nigh-on the quality and capabilities of the premium Sennheiser GSP 670 – but for half the price.

The Sennheiser GSP 370 follows the usual Sennheiser gaming headphones strata: sturdy and snug. Noticeably slimmer than the premium lineup, the GSP 370 follows in the footsteps of the wired GSP 350 and settles for a slightly pared-back design with only slight touches of that tell-tale premium Sennheiser flair. It also disposes of the bright colours of the wired entry-level kit in favour of a moulded grey and black finish.

The GSP 370 weighs just 285g, considerably less than the GSP 670 at 398g. With less onus on the adjustable band to distribute quite so much weight across your cranium, the slender fit makes for a far more ergonomic design, which your ears will thank you for over lengthy periods of wear, and helped along by plush suede-like/leatherette ear cups.

But despite its featherweight physique, the GSP 370’s staring feature is its 100 hour battery life. That will see you through any marathon gaming session, even if you’ve little regard for eating or sleeping. And so long as you’re fairly pro-active with the odd charge each week, you won’t have to worry about this headset conking out mid-game.

The wireless connectivity is delivered via a USB dongle, so you can use this headset across PC and PS4. Sennheiser is touting a “near-zero delay” and we’re inclined to agree. There no tangible latency introduced from shifting between wired and wireless. 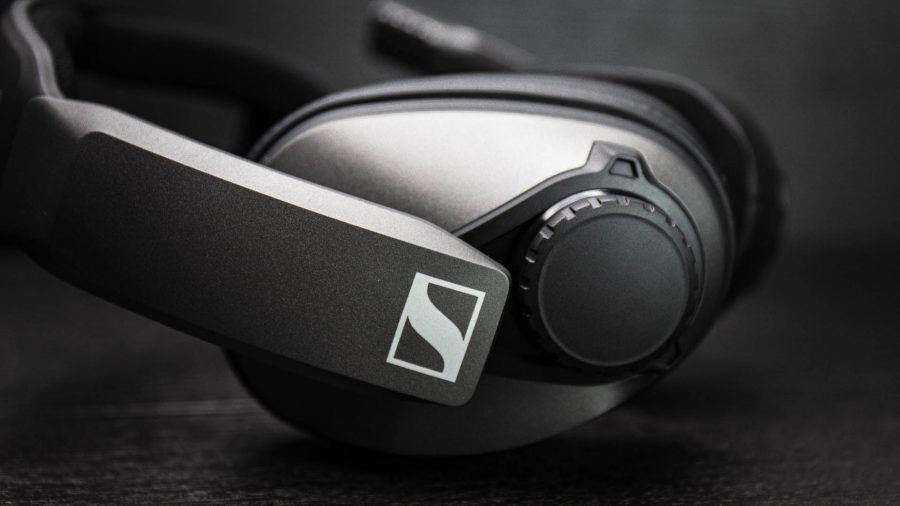 So with wireless battery life and connectivity both getting top marks, it comes down to audio quality to really impress. Sennheiser is yet to let us down in this regard, which should surprise no one, and the GSP 370 offers a broad and detailed profile suited perfectly to gaming.

Clarity is the name of the game – and the GSP 370 delivers in swathes. While slightly bassier than some high-end Sennheiser designs, resulting in a much warmer profile overall, the low-end is far from overpowering with plenty of definition in the range to pick up the finer details of music or distinct in-game audio cues. It’s also a surprisingly spacious profile for a closed-back headset with decent sound isolation – what a difference professional audio tuning can make to rather mundane 20-20,000Hz drivers.

The microphone is similarly capable, successfully blocking out most background noise while delivering clear and consistent audio to your teammates/strangers you want to chastise. The mic is permanently attached to the left ear cup, and simultaneously mutes and swivels up and out of the way when not in use. 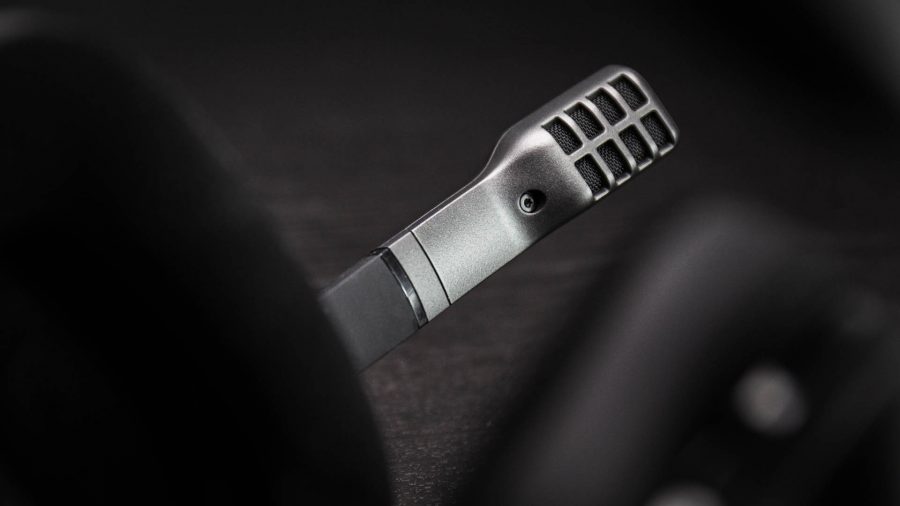 On the opposite ear cup, there’s a single infinite volume wheel that ties directly into your system sound.

While you’ll find better imaging and detail in the company’s high-end cans, especially the open-backed GSP 500, the GSP 370 makes for a fantastic all-round surrogate for pricier gear – you’ll see diminishing returns the further you head up the gaming range anyways. And that’s a huge boon to the GSP 370, not because it’s the best, but because it’s roughly half the price at £169.

While far from cheap, that’s money well spent if you’re after a wireless headset that offers the complete package. It’s right in that sweet spot, offering clarity, comfort, and battery life. Not often do we see a wireless headset hit all three without sacrificing something to get there – or tacking on another £100.

But the Sennheiser isn’t without competition in the wireless market. Both the HyperX Cloud Flight and SteelSeries Arctis 7 are offering wireless chops for cheaper. And while the GSP 370 tops the Flight on almost all counts, the Arctis 7 is an awfully tempting offer for less. Both, however, fall far short of the Sennheiser’s 100-hour battery life by quite some margin – 30 and 24 hours respectively – and that could be what tips the GSP 370 into the lead.

The Sennheiser GSP 370 sets a new bar for wireless battery life that puts the rest to shame – including Sennheiser’s own 30-hour GSP 670 we reviewed earlier this year. And while you can find plenty to admire about the high-end headsets, as a complete package for £169, the GSP 370 has got them beat.

The Sennheiser GSP 370 offers comfort, quality, and clarity – all the makings of a great gaming headset. Add a 100-hour battery life on top of that and you've got one of the best wireless gaming headsets going.