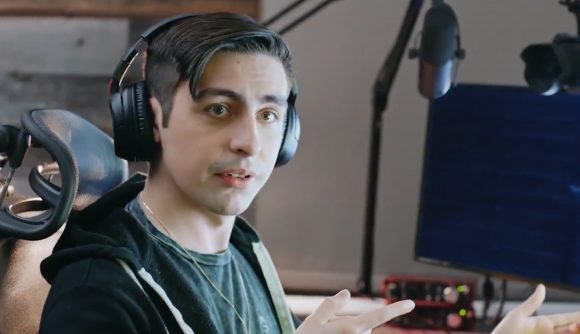 It looks like Microsoft’s efforts to build Mixer are continuing, and it seems the company has got itself another exclusive streamer: Michael ‘Shroud’ Grzesiek. Shroud announced today that his “new home” is on Microsoft’s streaming platform, and while nobody’s providing much detail on the deal, it’s apparently following up on Ninja’s big move to Mixer.

The announcement comes basically the same way Ninja’s did – in a quick video skit posted to Twitter, where Shroud says “I’m making moves.” His Mixer channel is already live with a countdown, which suggests his first stream will start tonight at 17:00 PDT / 20:00 EDT / 1:00 BST. That is immediately before the Modern Warfare release times on PC, so it’s safe to expect some Call of Duty action to kick off Shroud’s new channel.

You can currently get a free subscription to Shroud’s channel for the next month, which gets you ad-free viewing and some extra toys in chat, as you’d expect. This same promotion was – again – available when Ninja made his debut on the platform.

While Ninja’s role in the Twitch vs Mixer battle brought a lot of new streamers to Microsoft’s platform, the data suggests viewers haven’t been sticking around to view all the new content.

Shroud’s a notable get for Mixer, though, especially since Ninja’s popularity has been tied up with Fortnite, which saw some of its lowest points in recent months before the launch of Chapter 2. Shroud’s varied selection of shooters to stream might prove to be a more robust acquisition for Mixer.