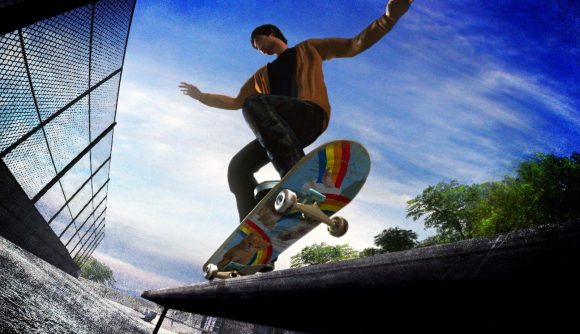 The Skate series is coming to PC at long last. The in-development Skate 4 – or Skate reboot, as it seems to be referred to by EA – has finally been confirmed as coming to PC, bringing the 14+ years’ snub of the PC platform by the skateboarding game series to a close.

The existence of the Skate reboot was confirmed by EA at its EA Play event in June 2020 by the series’ original creators, and creative director Cuz Parry and game director Deran Chung said they were “stoked” to be making a new Skate as “the right game at the right time with the right idea”.

However, despite being over a decade since Skate 3 the developers – in the form of new studio Full Circle – still have not confirmed a release date as Skate 4 is “still in the early stages of development”. It had been assumed that the game would be coming to PC, given EA’s recent commitment to our wonderful platform, but it hadn’t been confirmed confirmed.

That’s now changed, as the official Skate Twitter posted out a short video unambiguously – but cutely – labelled “pc_confirmation.exe”. The video shows a skater doing tricks over an old CRT monitor, which sparks to life with the new Skate logo.

While this is great news, there’s still no gameplay footage yet and not even a rough release date. Fellow early-in-development EA game Dead Space already has more than that, and that’s not coming out until late 2022 at the earliest. Until Skate returns, skateboarding fans will have to continue playing the Tony Hawk’s remasters instead.