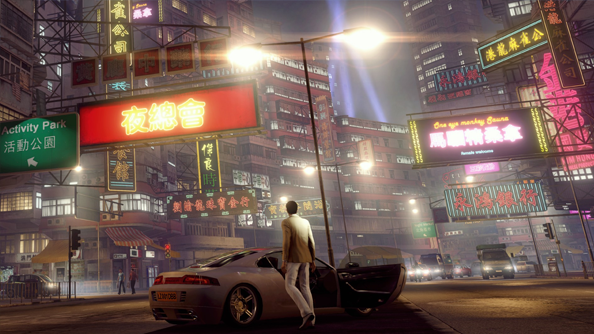 Martial arts superstar Donnie Yen posted a series of images to his Instagram account Saturday night that seem to confirm that production has finally begun on the long-awaited Sleeping Dogs movie.

Check out the best movies ever made in GTA V’s editor mode.

“Sometimes great things take a bit of time,” Yen wrote in the post. “Sleeping Dog is motion, you guys ready for this?”

The images he posted are screenshots from Sleeping Dogs, the game, next to what appear to be live-action shots from the forthcoming movie.

Rumors of a Sleeping Dogs film have been going around for a while, and Yen—a celebrated Chinese martial artist known in the West for the Ip Man series and his recent role in Rogue One: A Star Wars Story—has been attached since at least last March, according to a report in Deadline. He’ll presumably be playing Wei Shen, the undercover police officer sent to infiltrate the Hong Kong Triads in the game.

As of last March, Sony Pictures executive Neal Moritz’ company, Original Film, was reportedly producing Sleeping Dogs, but production details may have changed over the past year. Moritz is known for producing big budget movies, with the Fast and the Furious series and I Know What You Did Last Summer among his credits.