The Sniper: Ghost Warrior games have stealthily and quietly been getting better with each successive title, and developer CI Games has announced its next release: Sniper: Ghost Warrior Contracts 2 is leaving the snowy confines of Siberia and heading to the desert for extreme long-range shooting.

The new teaser trailer is brief, but it packs a lot of information. We’ll be heading away from the cold of near-future Siberia and into what CI Games says is a “more grounded” and realistic modern day Middle Eastern setting. While Contracts 2 is going to maintain the Hitman style sandbox map style established by the first Contracts, the ranges have been increased, and you’ll be challenged to hit targets from more than a kilometer away.

CI Games CEO Marek Tyminski says that while the ‘sniper’s paradise sandboxes’ of Contracts went over well with the community, player feedback indicated they wanted more realistic, challenging sniping at ranges that felt impressive. “Our team is really excited to introduce the extreme range campaign in Contracts 2,” he said in a press release.

The teaser shows us just that: 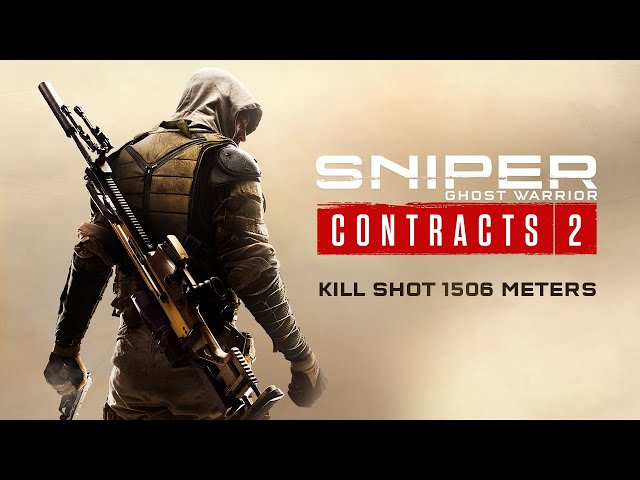 It’s hard to know the range on that shot, but to our eyes that looks like a mile at least. It’s a difficult thing for games to pull off, since the player has to be able to see spawned-in enemies at such extreme distances – and games normally don’t spawn in things that aren’t in your immediate vicinity.

We’ll find out more as the Sniper: Ghost Warrior Contracts 2 release date approaches. For now, you can wishlist the game on Steam, or check out our list of the best sniper games to brush up on your spotting and windage skills.