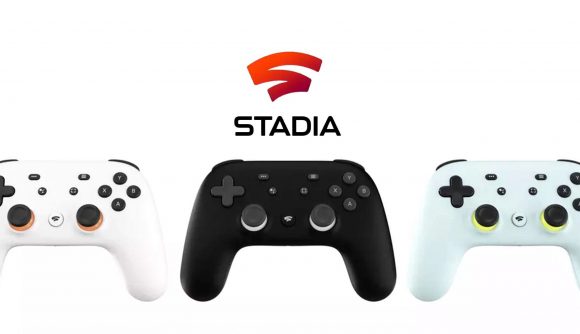 Google has launched its latest Stadia Connect presentation, breaking down what’s coming to the platform in the near future and reminding you that, yes, you can now play Stadia for free. Stadia has two new games available today – PlayerUnknown’s Battlegrounds and Octopath Traveler – EA has announced plans to bring several of its titles to the platform, and Google has revealed multiple new timed-exclusive games.

PUBG is available for free to Stadia Pro members today – include those subscribed as part of the Stadia Pro free trial – or as a standalone purchase. The Stadia version supports cross-play with consoles, so while that precludes you from joining your PC pals, it does mean you’ll have little trouble finding a game.

EA will bring Star Wars Jedi: Fallen Order to Stadia this autumn, followed by Madden and FIFA – there are no specific titles attached to those latter games, but the implication seems to be that these will be the next annual releases for both franchises. There will be more news on EA’s Stadia offerings later in the year.

Crayta will launch “first on Stadia” this summer – it’s a tool that essentially turns game-making into a game, sort of like the PlayStation 4 exclusive, Dreams. Developer Unit 2 Games says creators will be able to earn money through Crayta, starting with a monthly prize fund.

Wave Break is another “first on Stadia” title – a trick-focused jet ski game that looks to sit halfway between Tony Hawk and Wave Race.

You can see the full Stadia connect presentation above. Check out our PUBG guide if you’re diving into the world of battle royale games for the first time – it marks a solid incentive to give Stadia a shot, especially now that Google has expanded your options for getting in for free.