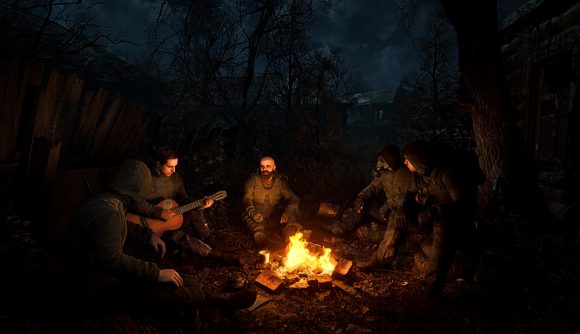 GSC Game World is delaying STALKER 2’s release to December 8. The developer has taken to Twitter to explain that the extra development time is needed to fulfil the team’s vision and get the game to a state everyone is content with.

“STALKER 2 is the biggest project in the history of GSC, and it requires thorough testing and polishing,” the statement reads. “We are convinced that development should take as long as necessary, especially in the case of such a project. This decision is not an easy one, but we are doing the best possible to deliver you a game that can live up to the expectations.”

It’s not all bad news, though. GSC Game World says that more information, updates, and showcases are coming throughout the year, so you’ll see plenty of the upcoming PC game before it eventually releases. We’ve had a few trailers so far that show off the graphics engine, with one even featuring a cameo from the series creator.

GSC Game World more recently made headlines by revealing plans to implement NFTs into STALKER 2 before backtracking on the decision following passionate feedback from fans.

“We hear you,” the STALKER 2 devs said at the time. “Based on the feedback we received, we’ve made a decision to cancel anything NFT-related in STALKER 2. The interests of our fans and players are the top priority for the team. We’re making this game for you to enjoy – whatever the cost is. If you care, we care too.”

The STALKER 2 release date was initially set for April. If you’d like a nifty roundup of all the gameplay and trailers we’ve seen so far, you can follow that link.