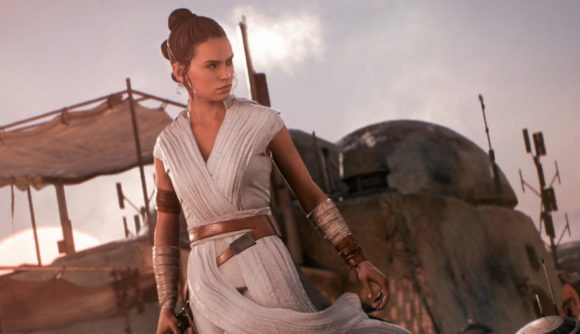 Today, EA and DICE have announced that updates for Star Wars: Battlefront 2 are coming to an end following the launch of The Battle of Scarif this month. This comes just after the companies announced the final Battlefield 5 update would be coming this summer – and it seems DICE’s focus is moving entirely toward the next Battlefield game, due out in 2021.

While general game support for Battlefront 2, from server maintenance to challenges and events, will continue as normal, EA tells Eurogamer that “longer term, the studio is focused on the future of Battlefield that we’ll be bringing to players in 2021.” DICE told us last year that Battlefront 3 wasn’t in the works because there’s “not the same hunger” for sequels these days – and it seems it’s now official that the studio is taking a break from the Star Wars franchise for now.

“Looking beyond April, we’re transitioning to a phase where the servers, in-game challenges, recurring events such as Double XP and more, and game support will carry this broad and rich Star Wars gaming experience into the future,” creative director Dennis Brännvall says in the announcement. “This means that we’re moving away from delivering regular content updates. As the game lives on with the players and our community, we’re looking forward to hearing your stories for years to come.”

Battlefront 2’s controversial implementation of loot boxes made it particularly notorious at launch, but continued updates and improvements have made it one of the more well-liked multiplayer games out there. Hopefully, a dedicated focus will help Battlefield 6 – or whatever it ends up being called – launch in a better state.