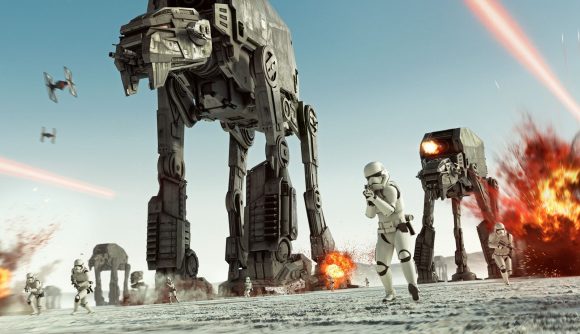 Spoilers for the second season of The Mandalorian follow, folks.

The second season of The Mandalorian brought back a pair of Star Wars fan favourites, and some quick-fingered modders have made sure Star Wars Battlefront 2 players can use the characters’ latest costumes in battle. Some spoilers follow for the Season 2 finale of The Mandalorian, you have been warned!

In the latest episode of the Disney Plus show, the titular bounty hunter and his myriad group of heroes are stuck in what appears to be a hopeless situation, until a mysterious jedi shows up to save the day. The black-robed jedi master turns out to be Luke Skywalker, R2-D2 in tow, years prior to his eventual self-isolation as of the sequel trilogy.

Modder Dunno123 has made a Master Skywalker skin for 2017’s Battlefront II, adding Luke’s latest look to the Star Wars game. The most noteworthy features are no glove on his left hand, and his black cloak, a necessary fashion accessary for any worthwhile jedi. De-aging technology was used on Mark Hamill’s face for the performance, because it’s Luke slightly older than Return of the Jedi, but considerably younger than in The Last Jedi, so this mod tweaks his facial features a little, too.

Luke was the big surprise in the finale, but a returning Boba Fett got a strong showing through-out the season. Modder SiRME24 has developed two skins for the bounty hunter, one for the armour that’s burned, another for when Fett cleans it all up. Under the helmet is the actor Temuera Morrison, who returned to play Boba for the spin-off. 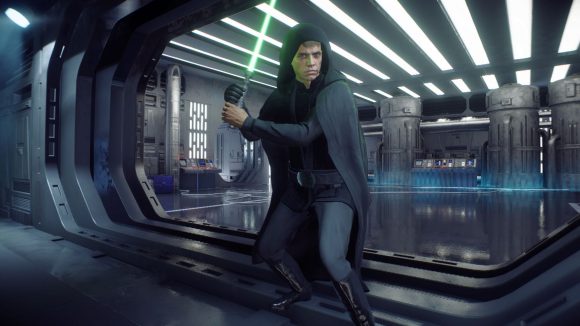 Naturally, Baby Yoda – sorry, Grogu – was added last year during Season 1. You can find Star Wars: Battlefront 2 on Steam here. Star Wars: Squadrons added a new map, and two new ships, in its last update, if you prefer your Star Wars action airborne. We have the best space games, besides, too. As always, mod with caution.