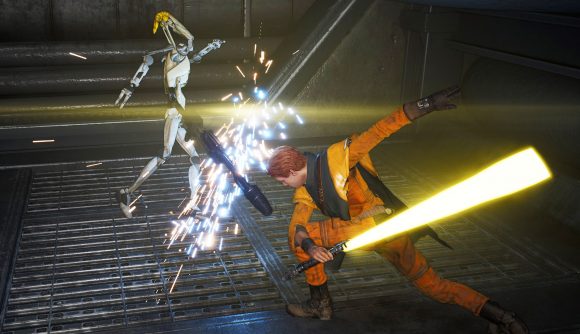 There are some people out there that genuinely think the Star Wars prequels are good movies. Look, we aren’t here to judge. We’re just here to say you may be interested in this Star Wars Jedi: Fallen Order mod. Instead of fighting Stormtroopers, you can replace them all with battle droids from the Clone War era.

SooperSnell has used several modding techniques to replace all the enemies in the game with battle droids. This includes Stormtroopers, Flametroopers, Imperial Jump Troopers, brawler droids, Imperial R2 units, and all four Purge Troopers. The creator replaced the Purge Troopers with B2 Battle Droids, while every other unit was replaced with B1 Battle Droids with different skins.

The battle droid models have been borrowed from Star Wars: Battlefront II, and yet they manage to blend in surprisingly well. And yes, we are aware this doesn’t make any sense to the story, but that didn’t stop us from highlighting The Mandalorian mod which turns Cal Kestis into Din Djarin. SooperSnell also points out that B2 Battle Droids shouldn’t be using weapons, but let’s be honest, it’s really not that big of a deal, and the result looks pretty impressive.

Installing the Separatist Droid Army mod simply requires you to extract the zip file and place it into the pakchunks folder. If you want to go full prequel mode, definitely check out Bleedn’s Obi Wan Kenobi mod for the ultimate experience. You can also try out Vortex, a mod manager tool that simplifies the process even further. 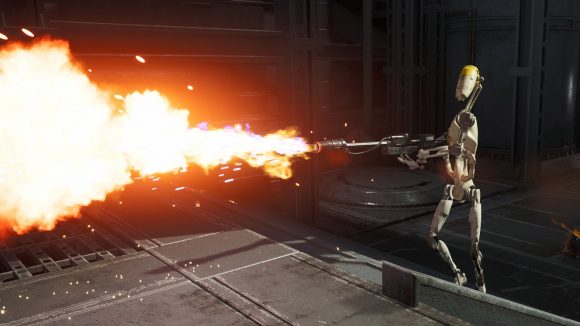 We’ve got a list of the best Star Wars games on PC if you’ve recently played through Fallen Order and want to try something different. A lightsaber is a bit like a sword, right? We think so, which is why you also may want to check out our best sword games on PC list.