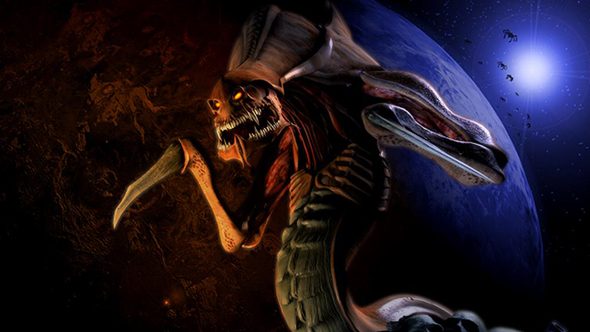 Real-time strategy games aren’t awfully common these days, but back when Blizzard was working on the original StarCraft, the RTS market was booming. Creating a game that stood out among the many RTS titles released in a given year was a challenge, and to face it, Blizzard’s team of developers established a fiercely competitive internal culture. One developer dubbed it “the piranha effect.”

Author David L Craddock is wrapping up his second book on Blizzard, titled Stay Awhile and Listen: Book II, and he’s given us a chance to read a pre-publication version of Chapter 7: Hubris or Fear, which delves into the intense development of StarCraft.

Blizzard wound up creating World of Warcraft, which is still one of the best MMOs you can play on PC.

The piranha effect referred to a sink or swim mentality in Blizzard’s programming department, where senior engineers and programmers were intimidating presences for new hires.

“It basically was, if you did anything wrong you can expect the programming team to jump all over it,” recounted Gage Galinger, a software engineer who worked on StarCraft.

Craddock’s interviewees describe an atmosphere at Blizzard where there was no ‘onboarding’ process for new hires, they were simply expected to perform from day one. It was a deliberate pressure, since Blizzard was expected to deliver up another hit with StarCraft. Any mistakes were immediately pointed out by senior staff.

“You were so careful with the code. The code was sacred,” said Galinger. “If you’re going to check something into that code base, it better be fucking spotless.”

The piranha effect wasn’t limited to programmers. Craddock writes that everyone had to pitch their ideas to Blizzard’s StarCraft ‘strike team,’ and that bad ideas and substandard work were roundly mocked by the staff.

But David Pursley, an artist who worked on StarCraft, said it wasn’t all negative pressure.

“They mentored you at the same time,” he told Craddock. “If you hadn’t seen a movie that they thought you should see, they’d have movie nights for you to catch you up on Aliens, all those types of movies.”

You can read the rest of Hubris or Fear here. Craddock is crowdfunding the publication of Stay Awhile and Listen: Book II, and you can find more information about it on his Kickstarter page. It covers Blizzard’s history from 1997-2003, and explores some of the company’s abandoned projects, like ‘Project X’ and Diablo III’s MMO concept. It’s due out in June 2019.