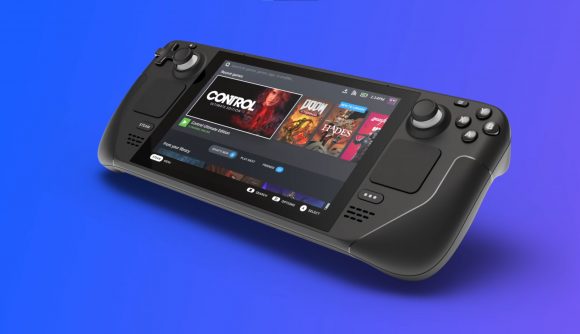 Valve’s new handheld gaming PC is already a smash hit for the company well before the Steam Deck’s release date, with order availability not expected to improve until the far future of after Q2 2022. However, the Linux-based Steam Deck OS begs questions surrounding game compatibility at launch. Thankfully, GamingOnLinux has put together a list of the top 100 games on Steam and their current compatibility status. There are also some comments from the developers of currently incompatible titles, as provided by The Verge.

So, good news first. 69 of Steam’s top 100 games should work flawlessly with the Steam Deck out of the box. This is thanks to existing Linux versions of the games or Windows equivalents already working with Valve’s Proton compatibility layer for the OS. Other games, like Sea of Thieves, are partially compatible albeit with notable bugs, such as missing in-game voice chat.

Game such as Final Fantasy XIV Online and The Elder Scrolls V: Skyrim Special Edition only work with the community-built Proton GE. Nonetheless, it should require little work from Valve to get them working with their official version of Proton.

Here’s where things become more unsure, with two games that are unstable when played on Proton and 23 that outright don’t work. The main reason for 15 of the 23 games’ compatibility issues stems from anti-cheat methods. Thankfully, steps have already been taken by anti-cheat providers BattlEye and Easy Anti-Cheat to support the Steam Deck, which will allow developers to patch their games.

The developers of Dead by Daylight and Rust are already committed to patching their games with the latest Steam Deck compatible versions of anti-cheat systems. However, some developers, like those of DayZ and Smite, are either unsure of Proton or won’t be able to implement these changes prior to launch. Then, of course, several developers provided no comment whatsoever. This doesn’t mean that unsupported games won’t eventually work on Valve’s new handheld, but it’s possible some might skip out on the Steam Deck entirely.