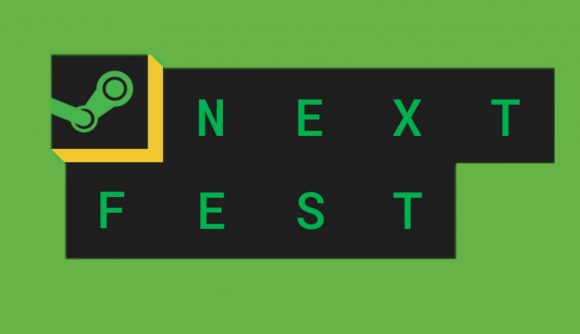 The Steam Game Festival has burned to the ground, and from its ashes rises the noble visage of Steam Next Fest. Okay, well, maybe that’s a slightly too dramatic way of putting it, but Valve has announced that its regular celebration of upcoming PC games is now going under a new name, starting later this year.

The first event under the Steam Next Fest name will begin on June 16 and end on June 22. As with the Game Festival, the event will let you “play hundreds of game demos, watch developer livestreams, and chat with the teams about their games in progress, coming soon to Steam,” as Valve explains on its official site.

Next Fest will overlap with the planned dates for E3 this year, which is scheduled to run from June 15 through June 17. The actual form of E3 2021 remains a bit of a mystery, though reports have circulated that the ESA aims to make it a digital-only event featuring hours of daily livestreams.

Geoff Keighley’s Summer Game Fest is also scheduled to return at an uncertain date this year, and given Keighley’s close ties with Steam’s Game Festival in the past it’s reasonable to expect some sort of tie-in with Next Fest – but that’s pure speculation.

For now, there are free Steam games for you to check out if you’re in need of something to play before all those demos go live.