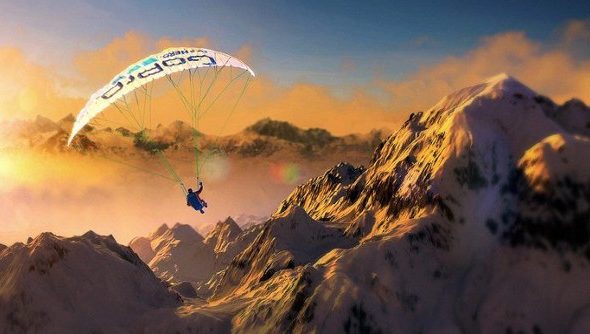 It’s strange to imagine a situation where Ubisoft could ever be considered an underdog in a David and Goliath-style battle, but with the French publisher now under threat of a hostile takeover by one-time owner of Activision Blizzard, the media giant Vivendi, Ubisoft has become the little guy that I find myself rooting for.

During E3, CEO Yves Guillemot was interviewed by French website MYTF1, where he spoke about making the publisher attractive to new investors and getting games out that people can play as soon as possible.

A little background: In October, last year, Vivendi bought a 6% stake in the publisher, a move that was viewed by Guillemot as the beginning of a hostile takeover. He’s been trying put up a defence since then, courting investors in an attempt to stop the takeover.

Unfortunately for Guillemot and Ubisoft, Vivendi isn’t short of cash, and in February the media company’s chairman made a hostile bid on Gameloft, which was also founded by the Guillemot family, making it an Vivendi subsidiary and raising the company’s stake in Ubisoft to 15%.

In April, Vivendi once again increased their stake in the company by 2%, as well as sending a letter to the AMF (the French market regulator) revealing some of their plans. “Vivendi intends to seek a restructuring of the board of Ubisoft Entertainment for the purpose, in particular, to obtain a coherent representation with its shareholder position.”

One of the reasons Steep, Ubisoft’s new IP, is launching so soon after being announced – December is the current release window – is because Ubisoft want to send a message to potential investors.

“We noticed it was really important to show things people could play quickly,” Guillemot told MYTF1, translated on NeoGAF. “Too often, experiences live, then get forgotten, or copied, so we had to come with something that people could play immediately. It’s better for the market and for Ubisoft.”

He also notes how restructuring could threaten the publisher’s ability to take risks. “We’re in a field where creativity and risk-taking allow us to create new and interesting experiences. When you change the team, you often risk losing that freedom and ability to try new things before you start creating.”

The interview ends with what could easily be read as a plea to Vivendi. “What makes Ubi is the possibility for all the teams to come with ideas and fight to make them come true, with a level of quality above what others can do. It’s that simple. But in order to do that, you have to know that, if you fail, you’re not gonna get fired. That you’ll learn from this failure, that you’ll try again, iterate, do better, so that you finally succeed one day.”