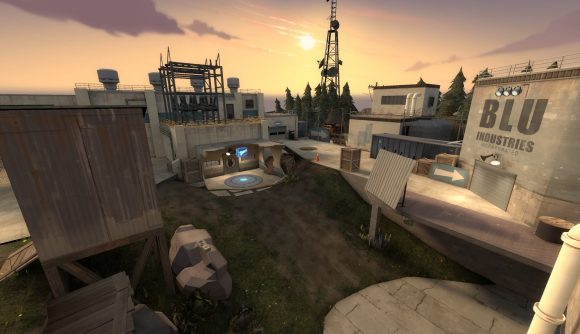 Valve’s agèd multiplayer game Team Fortress 2 has finally ended its longest stretch without an update. A patch arrived this week that adds some new tools to help keep bots out of matches, and players seem pretty pleased with it so far. It includes the Summer 2021 cosmetic case, some stability and security enhancements, and some new settings for matches.

The new Summer 2021 cosmetic case includes 18 community-created items and six new community-made unusual effects. A helpful redditor has assembled a list of links to the Steam Workshop pages for all of these, which include a nice fishing outfit for the Pyro and some lovely glowing halos as Unusual effects.

A few new settings added in this update make it harder for bots to disrupt matches. There’s now a cooldown before players can create a vote when they join a match that’s already in progress, and whoever is running the server can set variables for how long that cooldown lasts and for a grace period that starts at the beginning of the match, after which the cooldown will kick in.

If the target of a kick vote leaves the match on their own, the vote will end early and pass automatically from now on. There’s also a new variable called tf_allow_player_name_change, which by default is set to 1, that lets you control whether players can change their names during matches.

The Snakewater map has gotten some minor but welcome improvements, including tightening up clipping throughout the map, fixing the explosion splash getting caught by objects, smoothing out movement, and reworks for some “problematic areas like the kitchen.”

Whatever Valve’s done in this patch seems to have resulted in a bot free experience in casual play (at least temporarily), which means now is a terrific time to jump back into Team Fortress 2.